The sound of the Barras humming

We’ll be working in Glasgow this year, on a site within the famous Barras market, a tight network of streets and sheds on the eastern fringe of the city centre in the Calton district. Empty on weekdays, bustling at the weekend, the Barras is one of Glasgow’s strangest, and most impoverished, townscapes. It is both carnivalesque (one market shed promises ‘shellfish, books, chiropodist’) and grindingly poor: the average male living in the housing that surrounds it has a life expectancy of 53.

To the south lies Glasgow Green, a 15th century park that has played a key role in the city’s social history. To the north, the medieval core, the gothic cathedral and the dramatic necropolis. In the heart of this you’ll find the Barras, fading, struggling, but somehow still alive.

With reference to the City Council’s Calton Barras Area Action Plan, a £3.5 million project to revitalise the district ahead of the 2014 Commonwealth Games, we will ask you to develop a proposal for one of a series of vacant plots and derelict warehouses in the centre of the market. The Action Plan is concerned with creating employment and enticing new visitors, and the studio will develop programmatic ideas exploring industry, manufacturing and trade.

I started making maps when I was small
showing place, resources, where the enemy
and where love lay. I did not know
time adds to land. Events drift continually down,
effacing landmarks, raising the level, like snow.

We will visit Glasgow in November to investigate and draw the city and the Barras, mapping Glasgow’s gridded structure and medieval street patterns, and visiting the work of important Glasgow architects, including Gillespie, Kidd and Coia and Mackintosh. 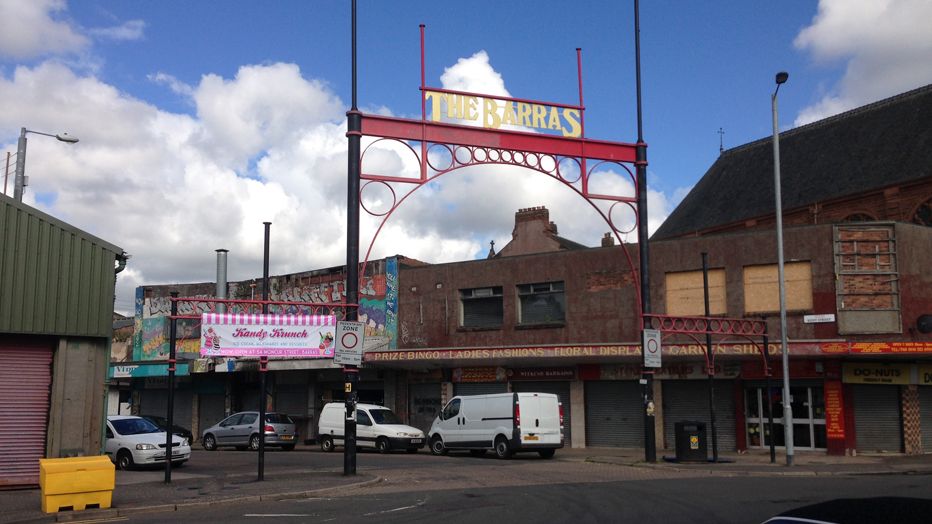