...a group of islands set in a sea that simultaneously unites and divides them…the form of the archipelago presupposes that its parts, even in their absolute separation, are moved by an absent centre, toward which each island, in communion with the others, is oriented without claiming possession...

Pier Vittorio Aureli, The Possibility of an Absolute Architecture

The contemporary city-landscape is an ambiguous territory lacking in obvious order.  In this studio, students will develop their understanding of how, and why, to work within this ‘terrain vague’.

This year we will look at a site which is both delicate and dysfunctional; the Isthmus of Corinth.  This is an ancient landscape marked and overlaid with infrastructure and industrial activity. It forms the narrowest part of mainland Greece and is known to most visitors as a transport interchange: a place to pass through. The Corinth Canal, a dramatic six kilometre cut through solid rock, exemplifies this transitional quality.

We propose the Isthmus as a striking example of the contemporary European city-landscape where an ancient urban order, a refined calibration of existing terrain, building and open space, has been overlaid with contemporary urban expansion.  The character of these topographies is extremely varied.  The centre of Contemporary Corinth is a small coastal city constructed in the 1960s after the older town was destroyed in an earthquake.  On the outskirts of the new city lie the remnants of Ancient Corinth and the fort of Acrocorinth.  These and other archaeological sites are interspersed with industrial areas, semi-urban settlements and a fragile, mixed landscape of agriculture, retail and manufacturing. Rapid development which took place in the Isthmus during the years prior to the financial crisis has been always conditioned by the region’s importance to the economies of Greece and Europe.

The main design project will ask you to set a strategic architectural ambition for a coastal site - Lechaion - between the centres of Contemporary and Ancient Corinth. Once the ancient harbour of the city, Lechaion is now dominated by industrial activity.  Students will be encouraged to work with the accidental coexistence of seemingly disparate activities: the oil depot, archaeology, the beach, farming.

We will encourage you to make careful observations of the disjointed condition of the Isthmus as the basis for constructing a personal thesis about designing in the city-landscape. Finding a basis for architecture in this landscape is challenging. Deciding what remains untouched will be as important as where one chooses to intervene.  In structuring the open spaces of the site, we will attempt to find an order which can accommodate the heterogeneity and ambiguity of this terrain.  How might this site better serve as a point of negotiation with the outside world?

A series of shorter projects leading up to the study trip will help to develop methods for recording, interpreting and engaging with the special qualities of these man-made landscapes.  Design studies will be complemented by visits to a number of recent architectural works which show how an understanding of topography can enrich design.  We are not so much interested in buildings as objects, but in an architecture which might be understood as ‘continuously unfolding’: a sequence of settings for human activity. 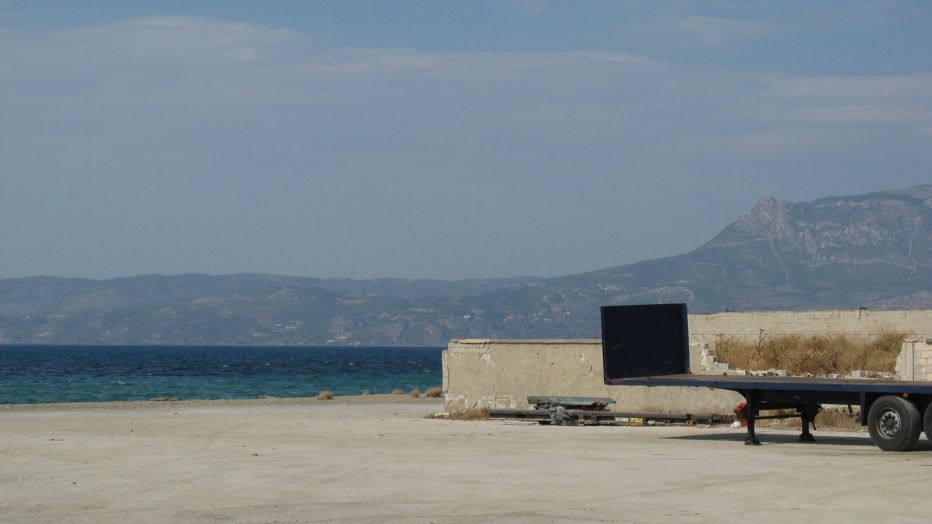