British ideas about housing used to be significant and influential. Hermann Muthesius’ observations on the state of British housing in 1905 produced a lavishly illustrated book: ‘Das Englische Haus’. Muthesius set about proselytizing for the Arts and Crafts and Garden City Movements both in his own work and in vocal criticism of the status quo. One result was the formation of the Deutscher Werkbund which was pivotal in the development of Modern Architecture. However, Muthesisus himself remained critical of the totalising style of Modernism.

In 1927, the Viennese architect Josef Frank was invited by the Deutscher Werkbund to design a prototype dwelling and proposed two semi-detached houses. These were ridiculed for the ‘frippery’ of their lively interior furnishings being ‘feminine, obtrusive and middle-class’. Frank responded by criticising what he saw as the technological romanticism of CIAM. Like Muthesius, Frank objected to what he saw as a totalising system and suggested that ‘one can use everything that is still usable’. Frank’s own designs for houses and housing emerged from an interest in comfort, well-being, continuity, sentiment and variety. Frank rejected both the super-blocks of Austrian housing and the ‘maximum neutralization and austerity in the dwelling’ that underpinned functionalist Modernism.

Eighty years later the super-block has become the default model for high density housing in London. The Barker Report and its translation into PPS3 have put pressure on local authorities to release land for housing but do not question appropriate models for development. The notion of the dwelling in the landscape – from the charming scale of the garden suburb to the brutal utopianism of the Plan Voisin – has been abandoned and the ‘interior’ is synonymous with the ‘efficient plan’. Frank’s relaxed enjoyment of the world of things has disappeared and Muthesius would be aghast.

Our project for the year is to explore housing from the inside out. We will begin with the domestic interior as a world in miniature, a collection of things that grows over time, examining scale, colour, furniture and space. Following the example of Josef Frank, we will aim for complexity, looseness and specificity. We will work outwards to design a small apartment building sitting in a complex situation – another collection. We are interested in how the free-standing apartment building can meaningfully contribute to the jumble of things characteristic of London.

In the second half of the year we will investigate Hampstead Garden suburb, enjoying the atmosphere and the enduring relevance of the Garden City. Within this suburban situation, where nature meets the city, we will test increased density and probe the relationship between the individual and their dwelling. The suburban condition is often ignored as a territory for modern architecture and, perhaps as a result, can harbour wit, idiosyncrasy and liberty. The project will range in scale from the individual room to the city quarter. We will visit Vienna and see houses by Josef Frank and Adolf Loos alongside contemporary projects by Hermann Czech, Herzog de Meuron and Peter Markli. Throughout the year, the unit will take a special interest in colour. 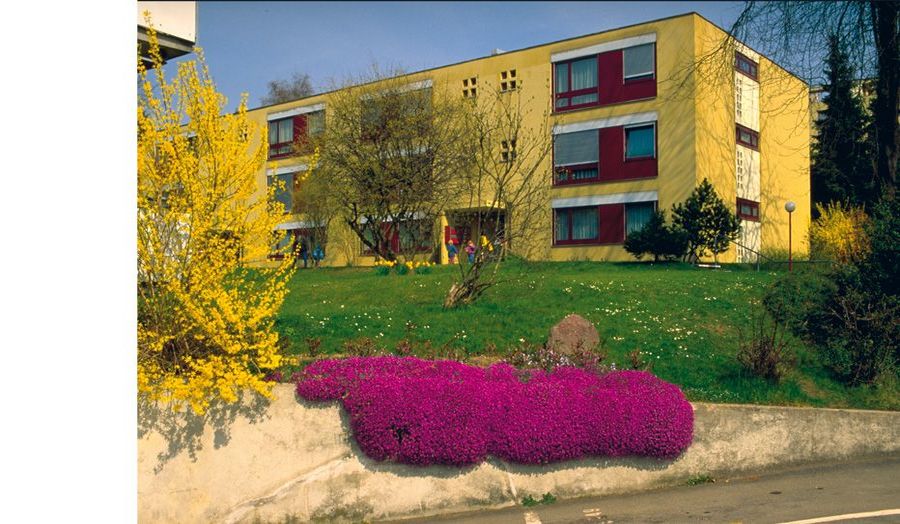