In this studio we are going to make hybrid films that seamlessly mix and merge live action or photographic images with drawn or animated elements.

The boundaries between animation, film, theatre and puppeteering are beginning to blur. It is an exciting time to be an animator or filmmaker. Stories in books are full of people, creatures, places and even whole worlds that do not exist. They are figments of the author’s imagination.

The characters can lead unusual and exciting lives, and have bizarre personalities, the creatures can be anything, they can be half fish, half human, the worlds can look like our world or they can be completely different. Films can now be just like that. Maybe the most exciting way of designing characters and worlds for films and animations is to make a visual mix of real life and your imagination.

Cartoon characters can have live action human eyes and they might live in a normal (live action) street, like the main character in Carlos Lascano’s animation The Can (2009). There can be an underwater world where fishes look like real (live-action) fish but they walk around on tiny hand drawn legs.

If you mix some elements from real life with some elements from your sketchbook then you are left with characters and worlds that are reassuringly familiar yet at the same time intriguingly and uncannily different. An anesthetic sends you to sleep and an aesthetic awakens you. 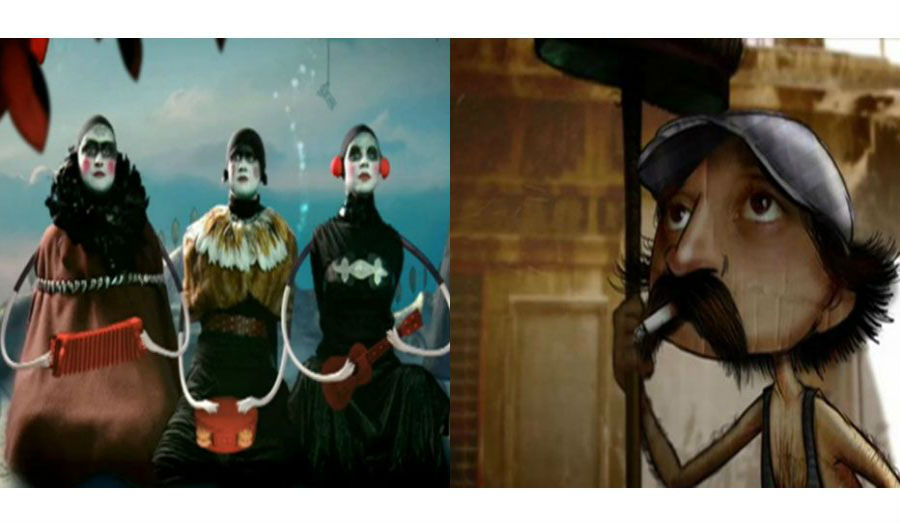