This year the studio will be based in Peckham, South London. The neighbourhood has a tradition and history of pioneering public institutions that provide sanctuary from the deprivations of the inner city. The foremost is the Peckham Experiment, a local health cooperative established in the 1920s. Complete with an organic farm and a herd of Jersey cows the modernist project, “looks like a fine modern factory set in an orchard. A great clubhouse for the families of Peckham, where they find every encouragement known to science to be healthy and happy, and wise.”1

Sanctuary and the City

By its nature the city is disordered and diverse. The public realm can be simply defined as a place where strangers meet and whilst this territory is inherently democratic it can also be a dangerous place. Within the urban context we will examine public institutions and their relationship to the public realm. The studio will consider institutions, such as schools, libraries and healthcare facilities that provide sanctuaries for learning, well being and enlightenment. Not only do these islands in the city provide shelter for the youngest and most vulnerable of society, but they preserve higher values and are places where local communities come together.

For our purposes it will be necessary to differentiate between the boundary - a rigid and resistant barrier, and the border - a porous threshold that allows and encourages exchange. The traditional city wall structure provides us with an unlikely border condition to consider. Although the city gates regulate commerce and tax, informal and black market trading flourishes along the city edges. The wall also provides physical shelter where heretics, exiles and outsiders gravitate towards this border territory of exchange. In contrast the gyratory and trunk roads of the contemporary city form rigid boundaries that separate neighbourhoods with moving walls of traffic and big box retail parks. Although the isolation and segregation of the boundary is an undesirable urban condition, it must be acknowledged that the border, which exposes different social and economic communities to one another, can be a precarious and unpredictable alternative.2

If as architects we are to advocate borders, not boundaries, between public institutions and the world beyond, the design of the edge condition is critical. The ancient Athenian agora, the archetypal democratic urban space, was defined at its perimeter by stoas. These long sheds were transitional devices that comprised of a colonnade open to the public agora, an interstitial space to shelter or loiter, and thresholds to more private rooms and sanctuaries beyond.3 Within our contemporary context we will consider typologies of edge buildings and spaces: gate houses, arcades, foyers, that can be used to stitch institutions into the surrounding urban fabric and public realm. 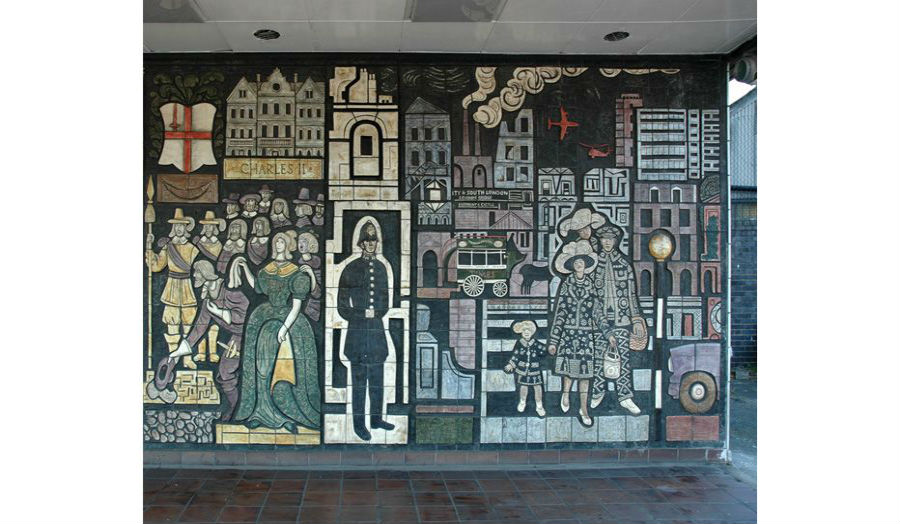