Joseph Rykwert: The Idea of a Town

This year we will look particularly at relationships between city and landscape. We are interested in architecture which is both situated within the city and connected to a wider territory. The small, dense cities of central Italy offer numerous examples of proximity between city and landscape, experienced at several different scales, from an individual room to the siting of the town in its broader setting. All these cities have retained their walled perimeter (to varying degrees), allowing for a clear differentiation of urban terrain from the surrounding land. This adjacency of city and landscape has become uncommon to the contemporary metropolis. Working in these small towns, we can seek to understand the potential for landscape structure to suggest urbanity, a ‘matrix’ which holds landscape and building together: the making of a topography.

In contrast with the profound emptiness of Mani, the site of our last project, this year students will be working in places with a long-established tradition of civic space. We will seek to understand public space within the city as a theatre of everyday life. We will make design studies of open spaces both within London, on the multi-level decks of the South Bank, and in Italy. We will look at those public spaces which are contained within the city centre, and at peripheral and less formal spaces. Students will use these studies in order to inform their own proposal in Italy for underused land within the walls of the town - land which is currently neither formal urban space nor landscape.

Our proposals will pursue a strategy of re-structuring a topography, as a means of conservation and reuse at building, city and landscape scales. We will visit various locations on our approach to the site where we can investigate the evolution of urban order from landscape structure. Equally, the relationship of building form to open space will focus study at the building scale. In Urbino we will visit the Ducal Palace, an aggregate of building form which developed through time. In looking at the concentration of internal and external spaces, we will examine a condition which has been described by Alberti:

“If the city is like some large house, and the house is in turn like some small city, cannot the various parts of a house…be considered miniature buildings?

“Working on “how” without a rigorous control of “why” inevitably produces the exclusion of concreteness.”

Students will be encouraged to formulate a strategic proposal derived from their personal observations or readings of a site. In many cases this will involve research into the various histories of the chosen site in order to make explicit an existing condition. Both on the trip, and throughout the year, therefore, emphasis will be placed upon sketching by hand, as we believe this tool allows students most direct connection with their architectural imaginations. We will also work together to make a shared model in order to allow consideration of proposals at the scale of the landscape.

We require that students engage strongly with contemporary architectural practice. As part of the study trip we will be travelling through Venice in order to allow all students a chance to visit the Architecture Biennale. We will also look in detail at the work of Giancarlo de Carlo, who adopted a particular role with regards to the city of Urbino and its university over the course of 40 years. Throughout the year we will try to understand how contemporary practice might meaningfully relate to the history of a place. 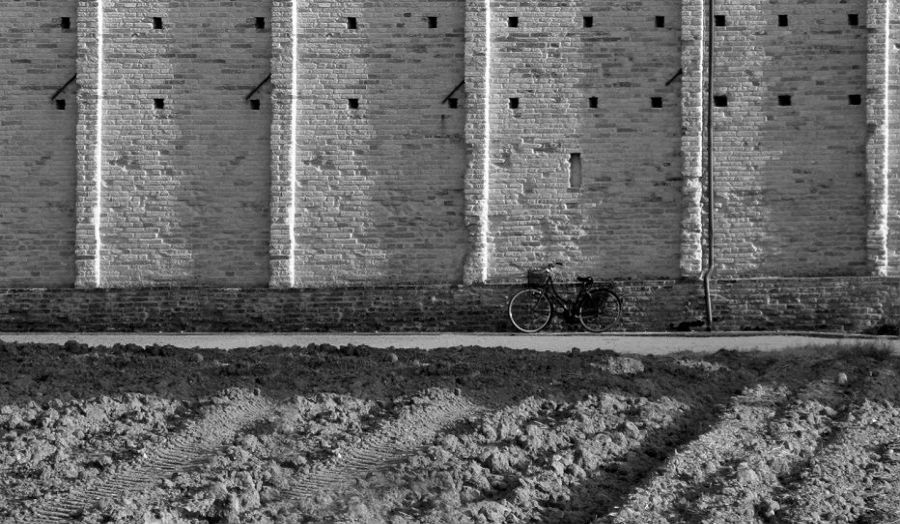