The House and the City

Studio 6 has spent the year exploring the architecture of the city through establishing an intimate understanding of the extraordinary urban environment of Sabbioneta, a diminutive city located south of Mantua in the Po valley. Its public realm and material consistency along with its strong borders, defined by ofrtifications, makes it intelligible as a singular architectural composition. its original ambitions as a new city-state have provided it with all the civic attributes of a capital, which gives it a strange sense of being a city in miniature.

Students have been working on sites either at the centre of the existing city, investigating the potential character of contemporary architecture in close proximity to the renaissance urban set pieces, or on the periphery of the city, investigating ways in which the slack space between city structure and fortified wall might be inhabited.

The idea of the Palazzo has served as a loose analogy in the development of contemporary urban buildings: buildings who's generosity and grandeur allow them to escape narrow functional classification.

As such, building programme has been undefined with students initially tasked with producing a building which is communal or public in its character, before testing how it might be inhabited during the course of a long life.

The design work has been arranged in suites of short, non-linear exercises with definitive outputs testing modes of architectural representation and always based around clearly defined architectural topics such as the 'Anteroom', 'Urban Interiors', 'Urban Gestures' and the 'Palazzo'. 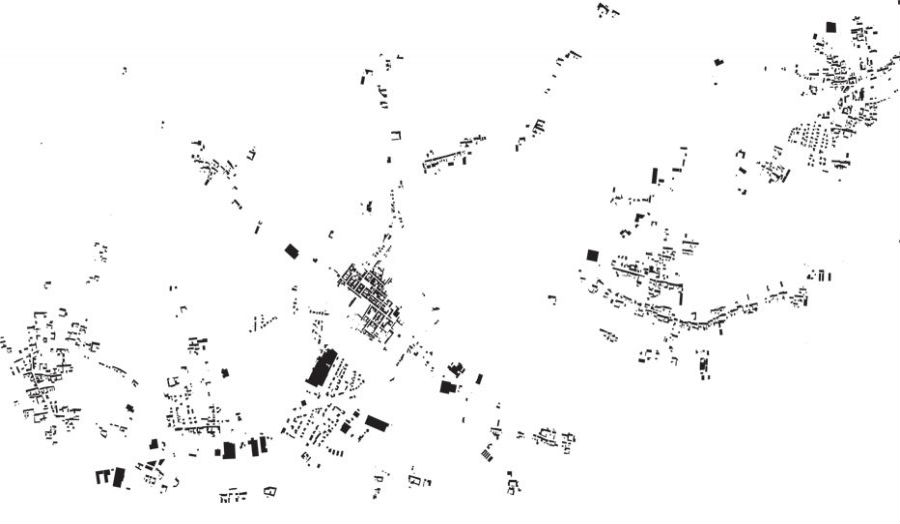 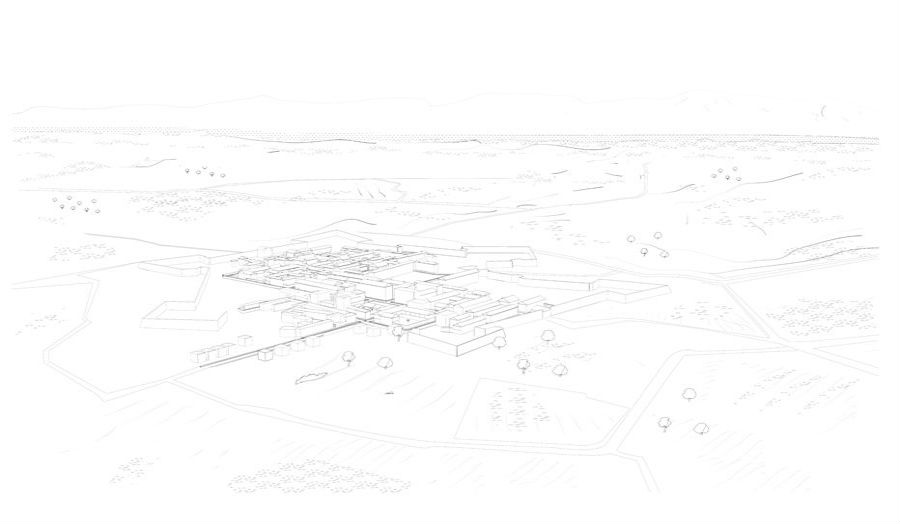 The City Within The Landscape - perspective view 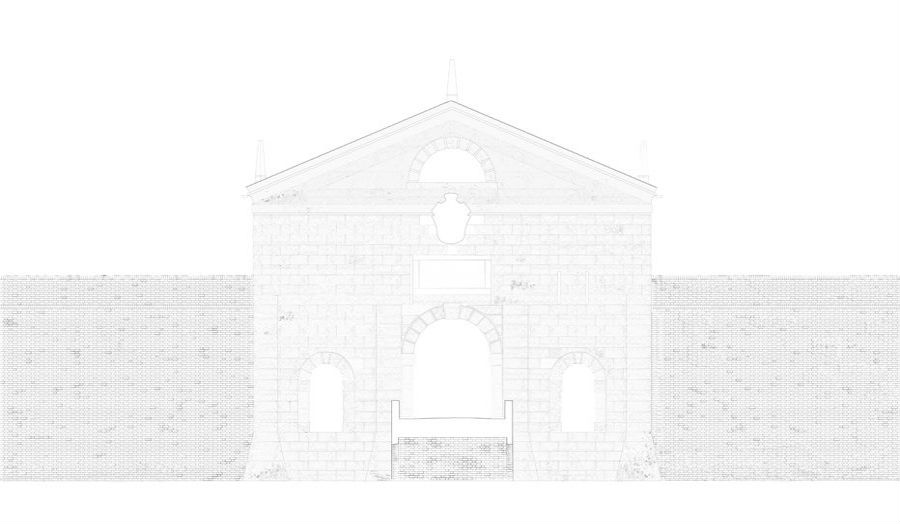 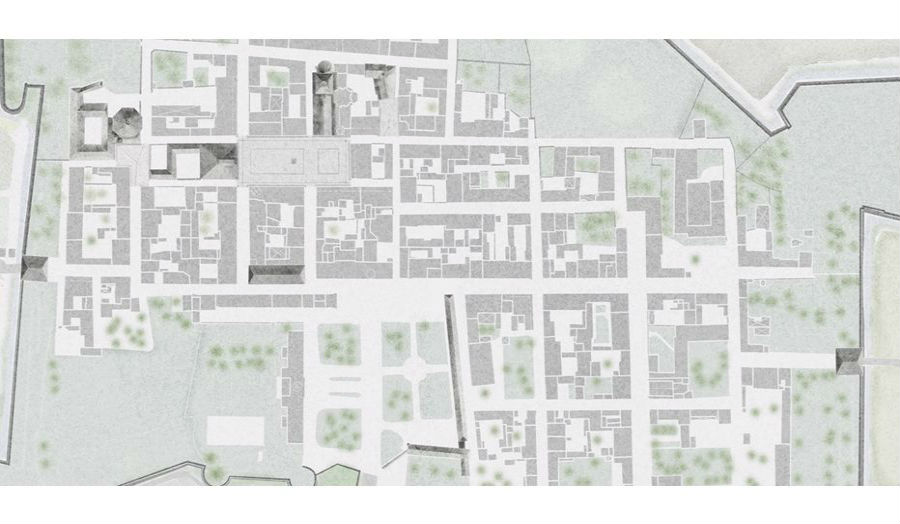 Excerpt from a plan of the city 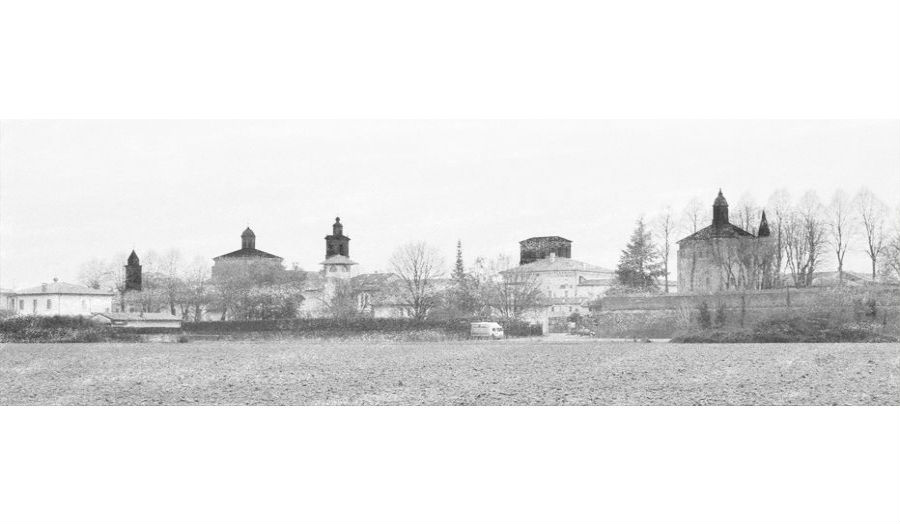 Photomontage based on the site photo 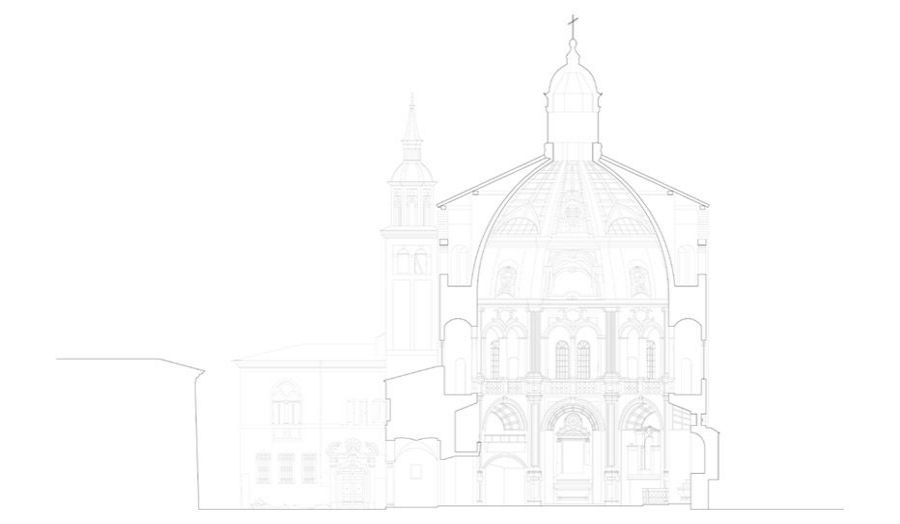 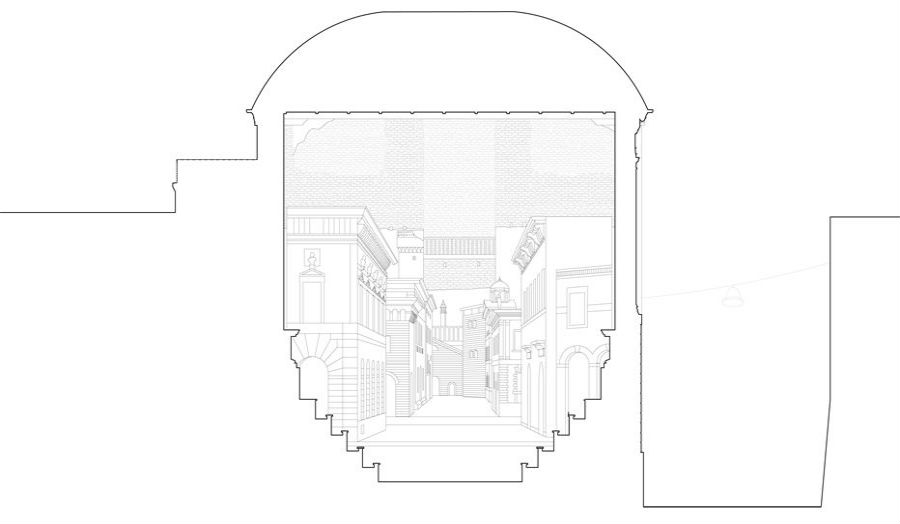 Sarah Nottet-Madsen - A proposal for an extension of the renaissance city. 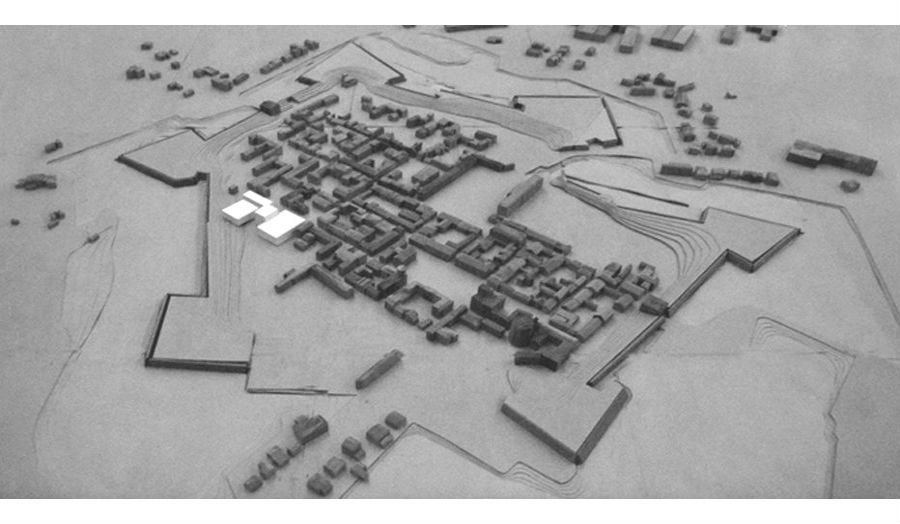 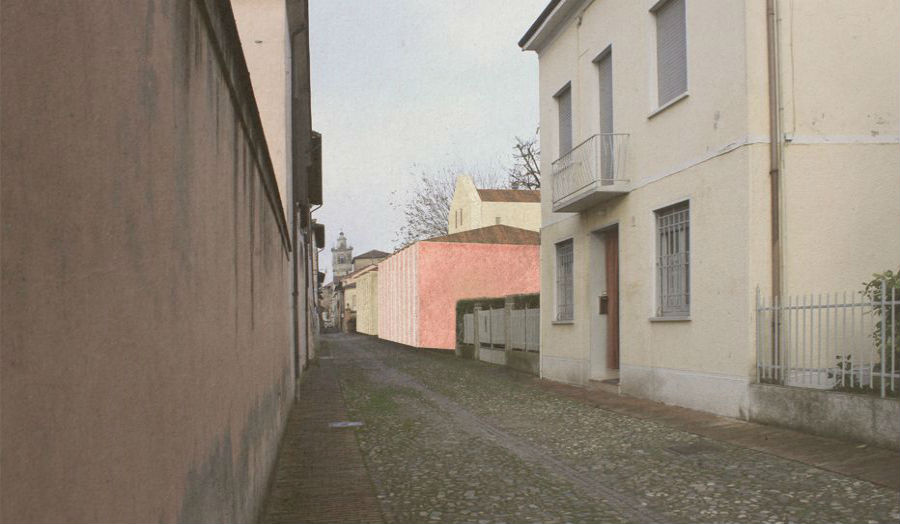 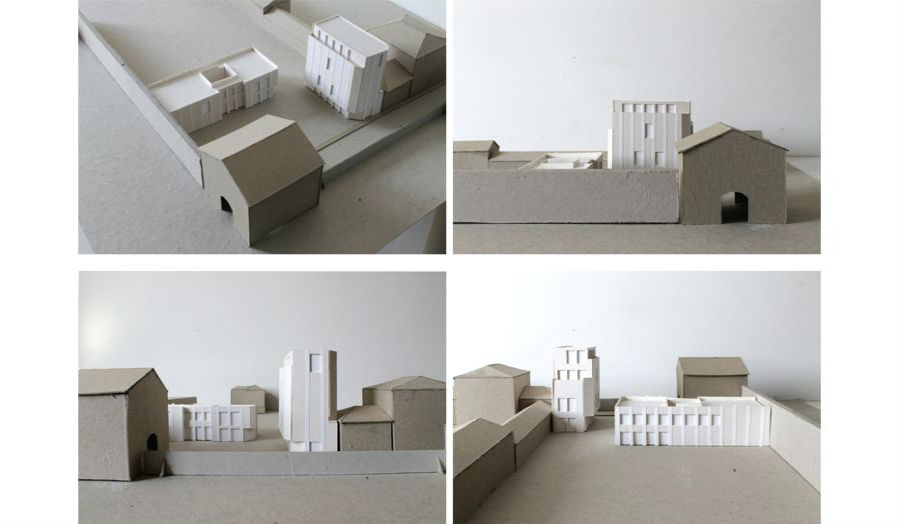 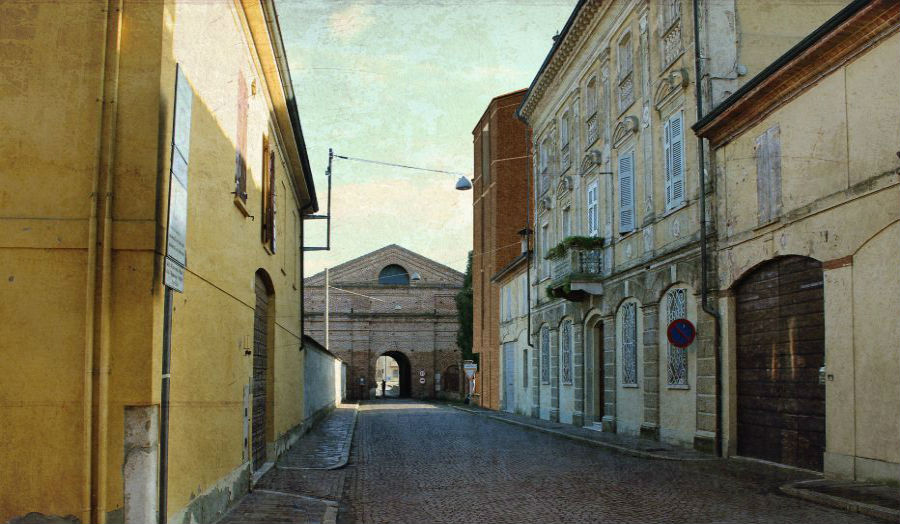 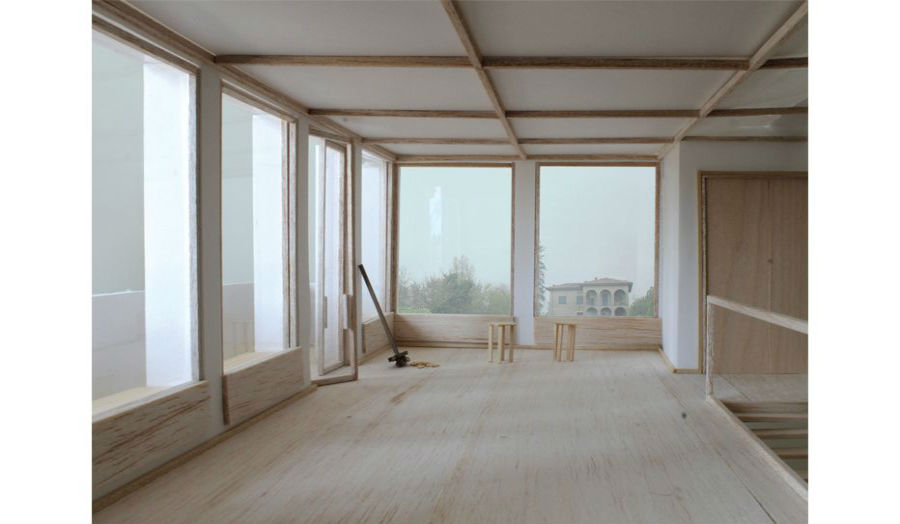 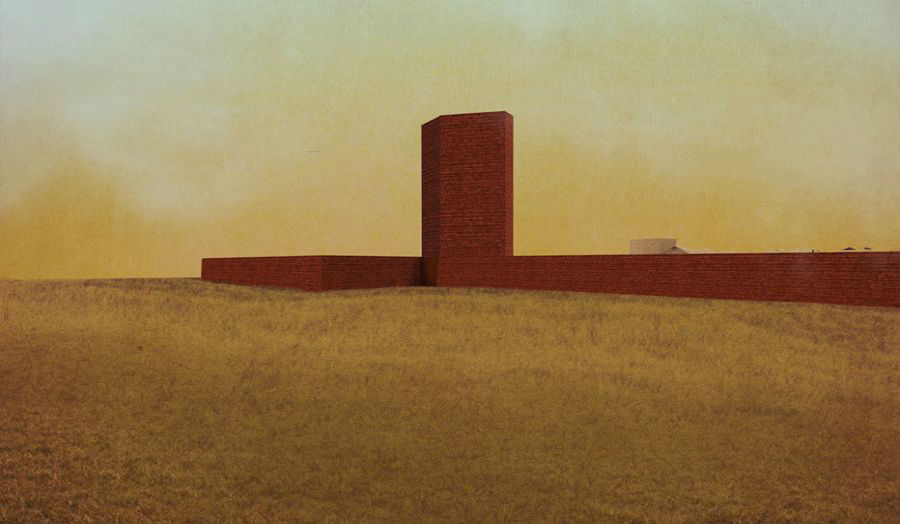 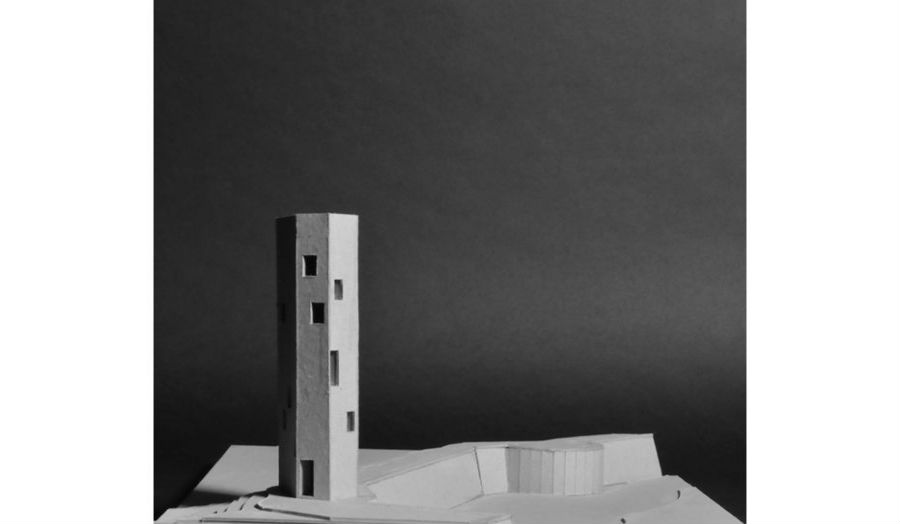 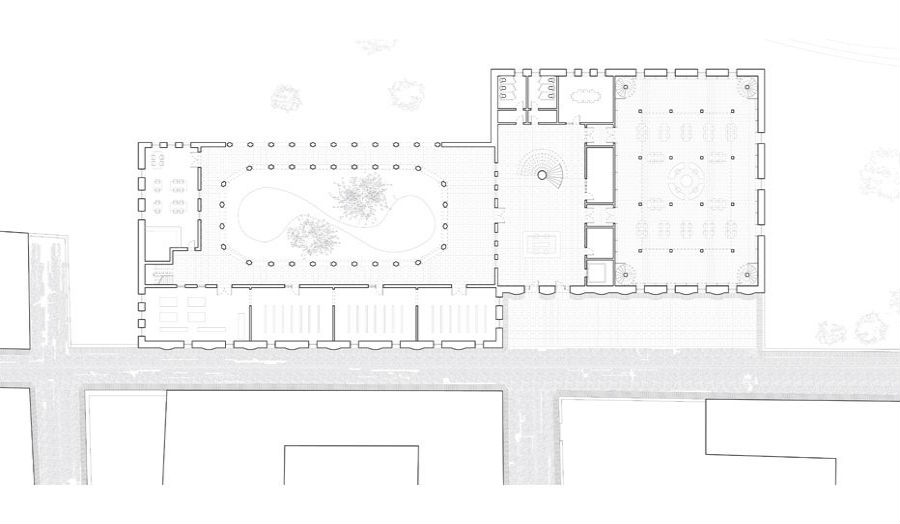 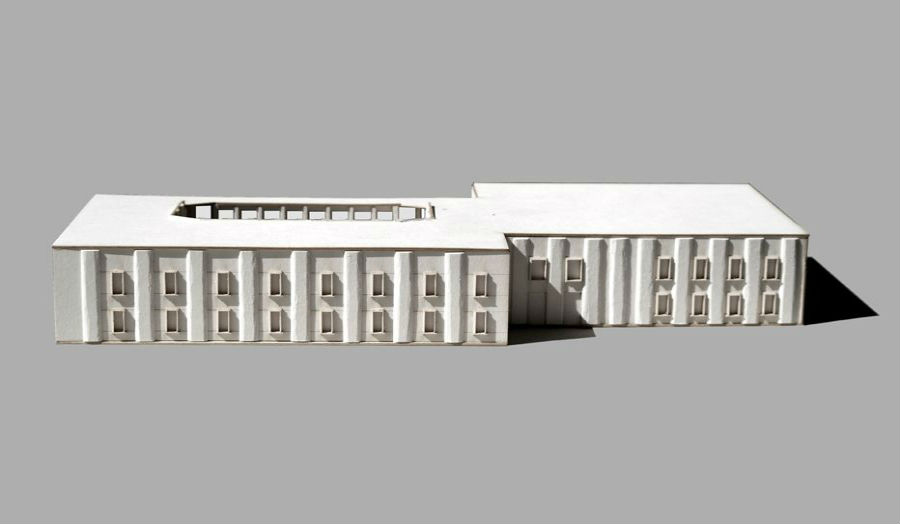 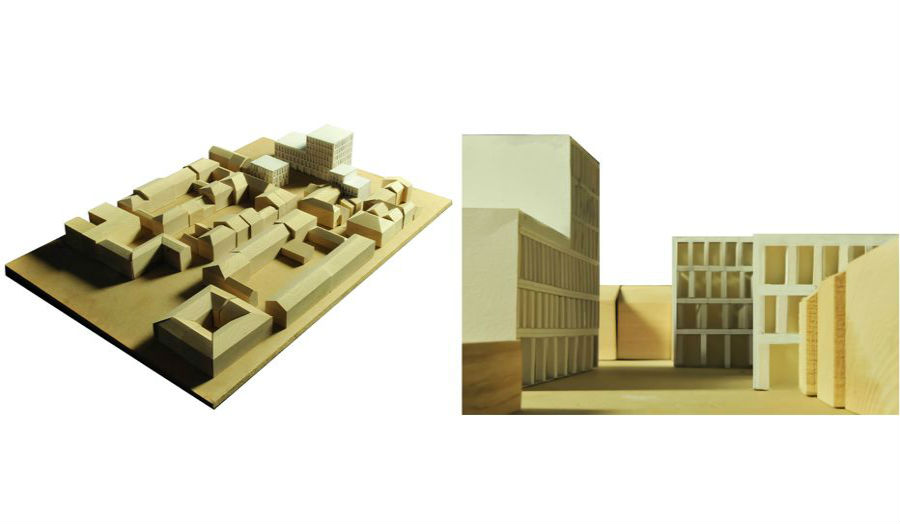 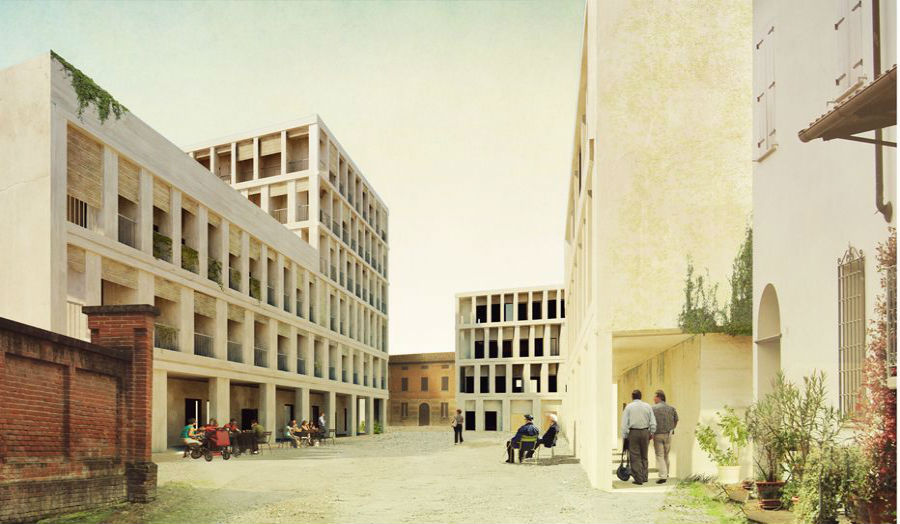 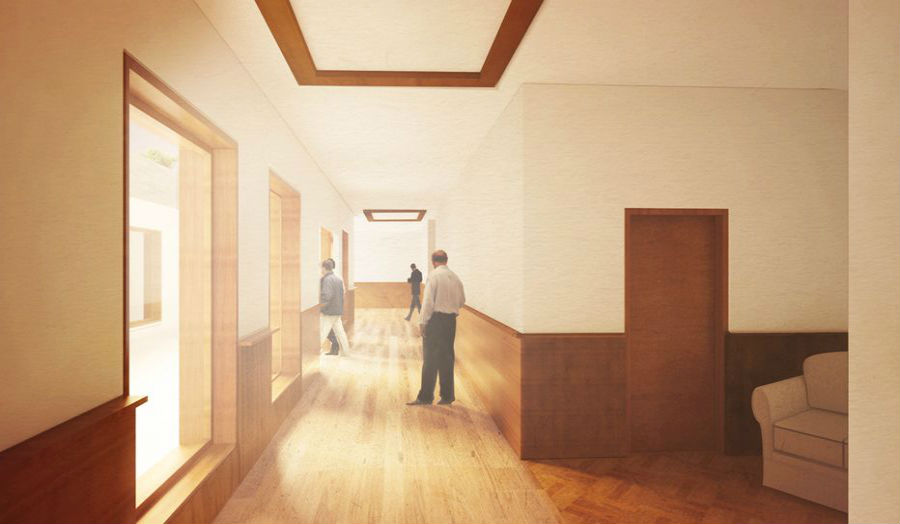 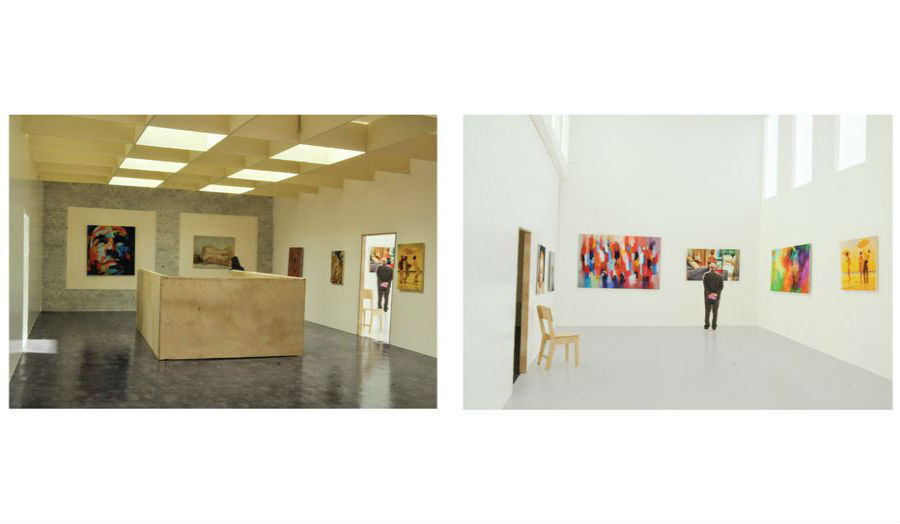