Design work seeking relations between landform, ancient settlements, industry and sprawl in a striking city-landscape: the Isthmus of Corinth.

The contemporary city-landscape is an ambiguous territory lacking in obvious order. We propose the Greek Isthmus as a powerful example, where an ancient urban order - a refined calibration of existing terrain, building and open space - has been overlaid with contemporary urban expansion.

The character of this topography is extremely varied. Contemporary Corinth is a small coastal city largely constructed in the twentieth century after the older town was destroyed in an earthquake. The remnants of Ancient Corinth, the fort of Acrocorinth and other archaeo-logical sites are interspersed with industrial areas, semi-urban settlements and a fragile, mixed landscape of agriculture, retail and manufacturing. The disjointed condition of the Isthmus was our basis for constructing a thesis about designing in the city-landscape, or ‘terrain vague’.

Together, we examined a range of landscapes, from the Middlesex Filter Beds to Rainham Marshes, in preparation for the main design project: to set a strategic architectural ambition for a coastal site - Lechaion - between the centres of Contemporary and Ancient Corinth. Once the ancient harbour of the city, Lechaion is now dominated by industrial activity. Students were encouraged to work with the accidental coexistence of seemingly disparate elements: a flour mill, a protected (but mostly unexcavated) archaeological site, a disused abattoir, farms and a beach. Part of the challenge lay in choosing where to intervene. Through design we attempted to find an order which could accommodate the heterogeneity and ambiguity of this terrain, interested not so much in buildings as objects, but in an architecture which might be understood as ‘continuously unfolding’: a sequence of settings for human activity. 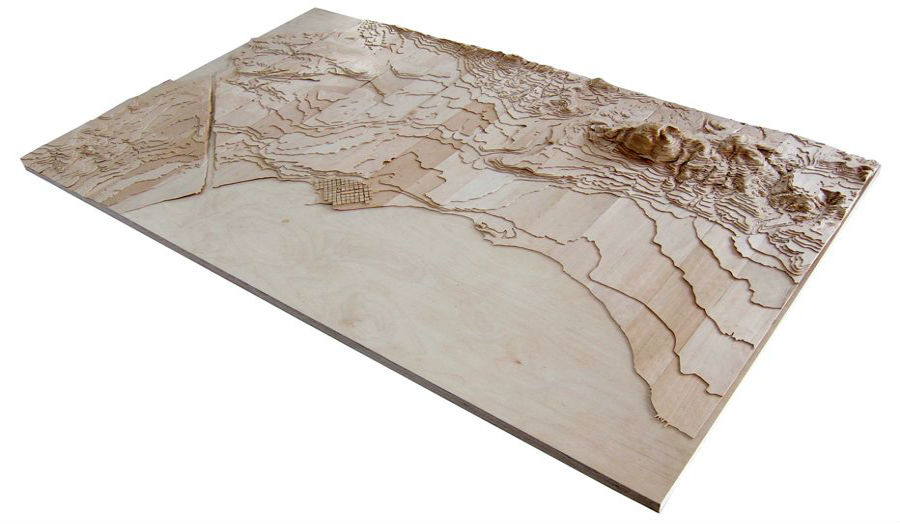 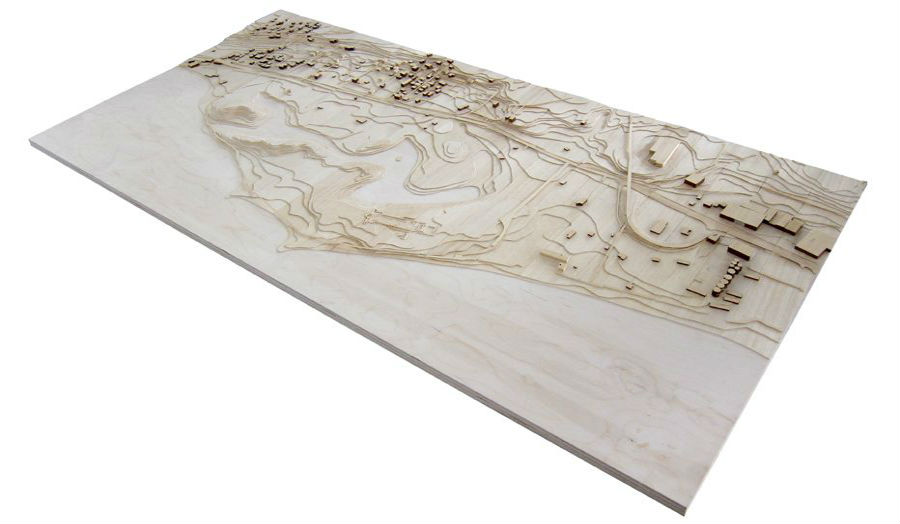 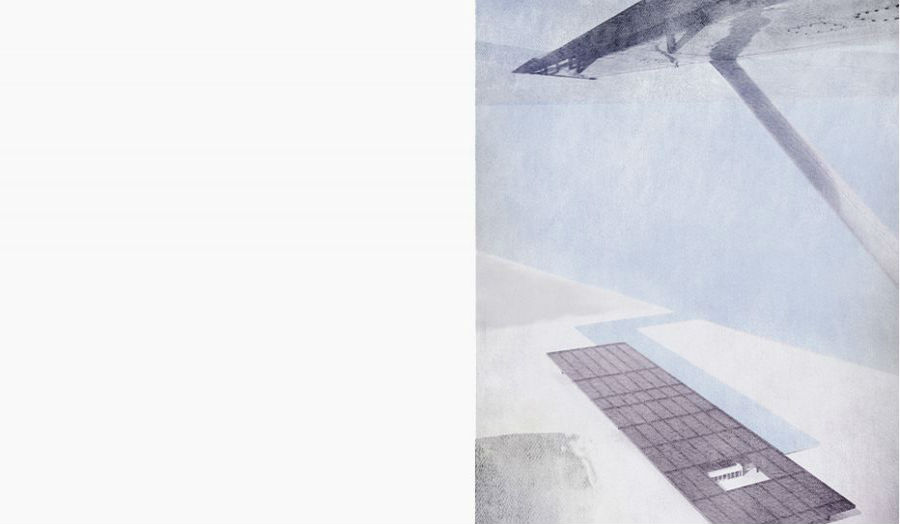 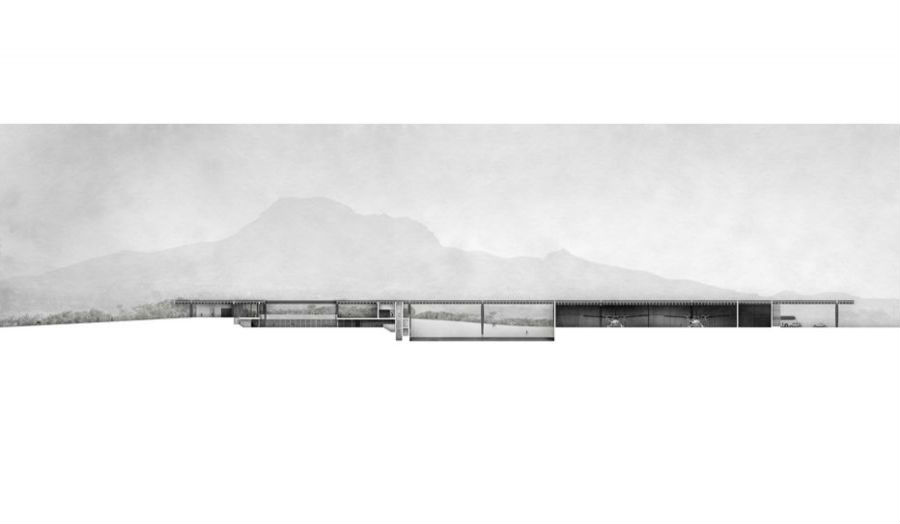 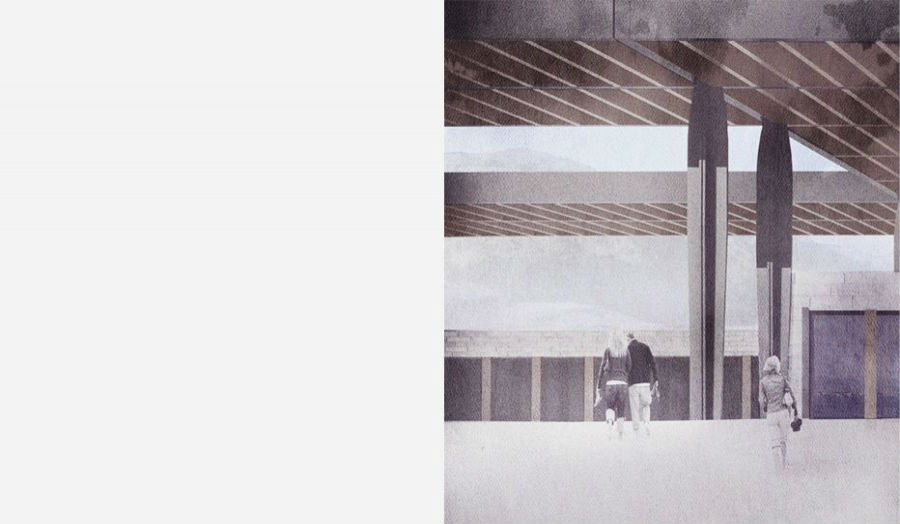 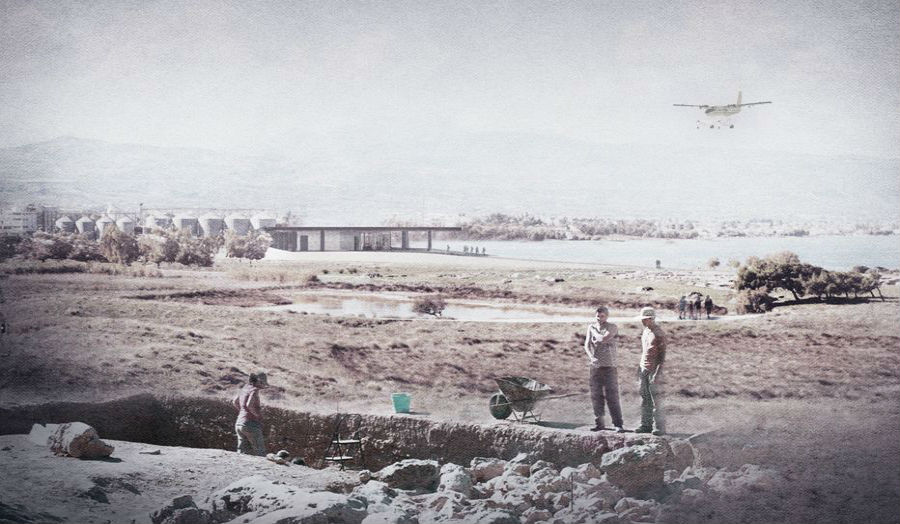 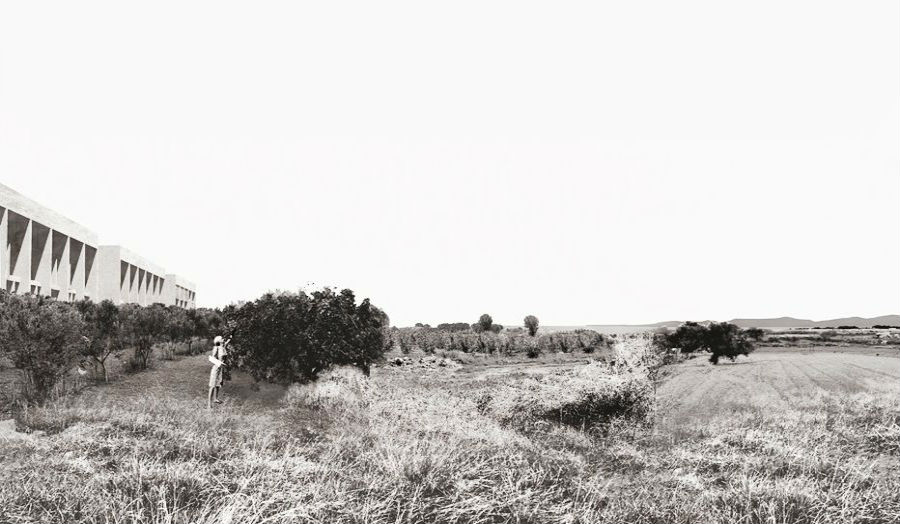 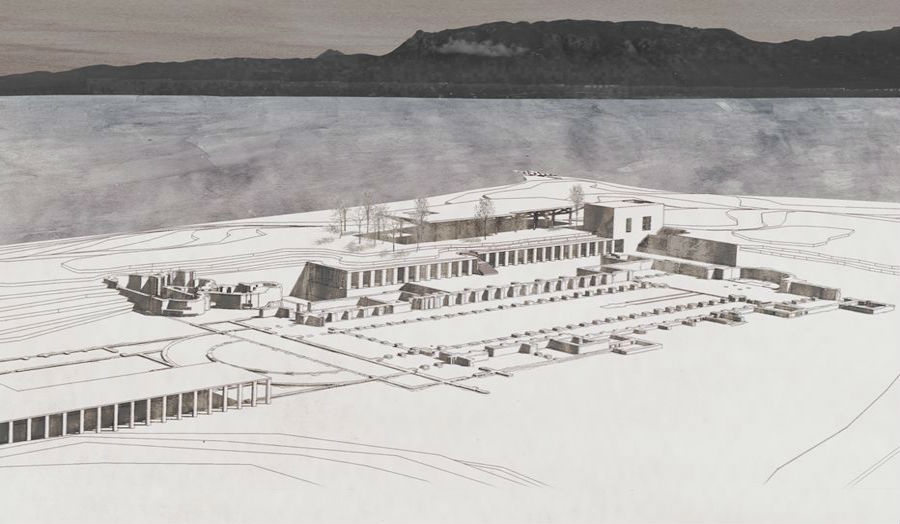 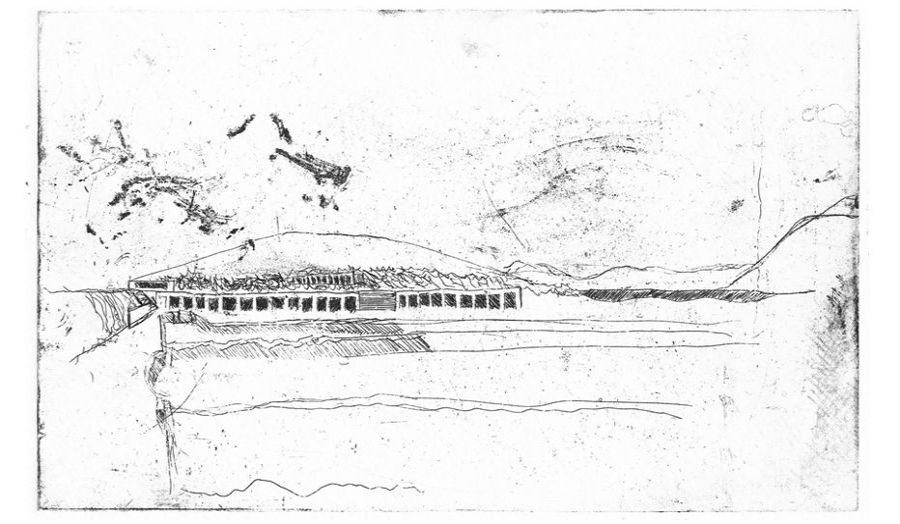 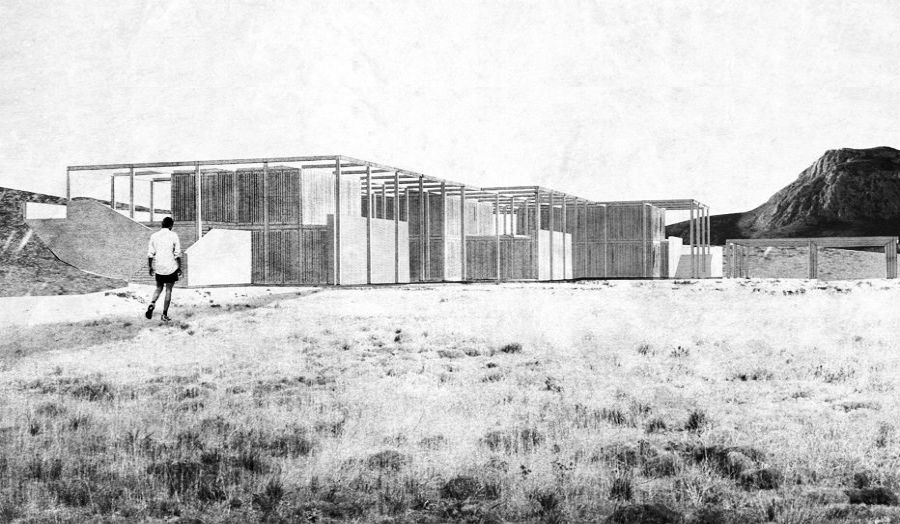 Centre for archaeology, perspective with collage 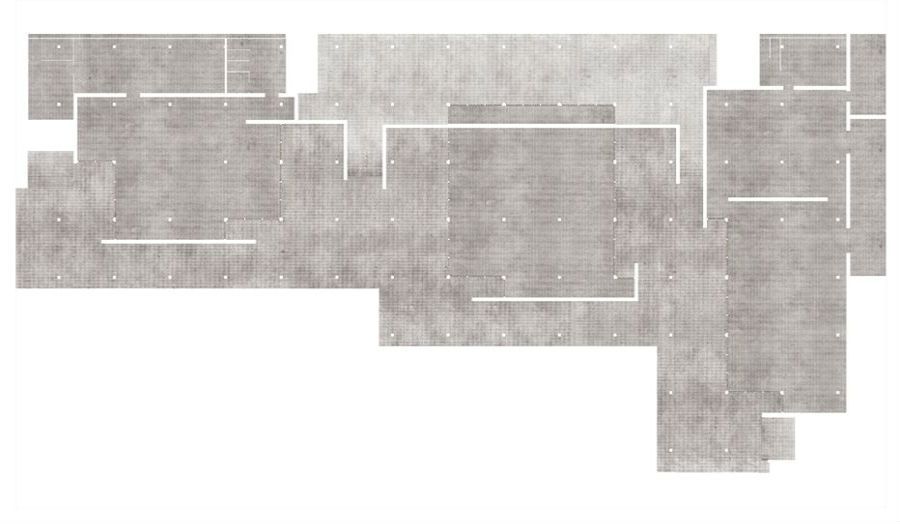 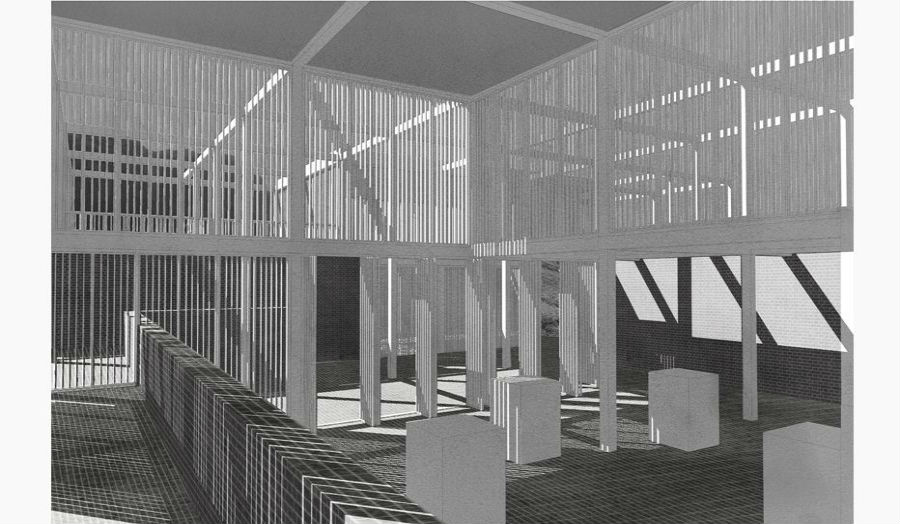 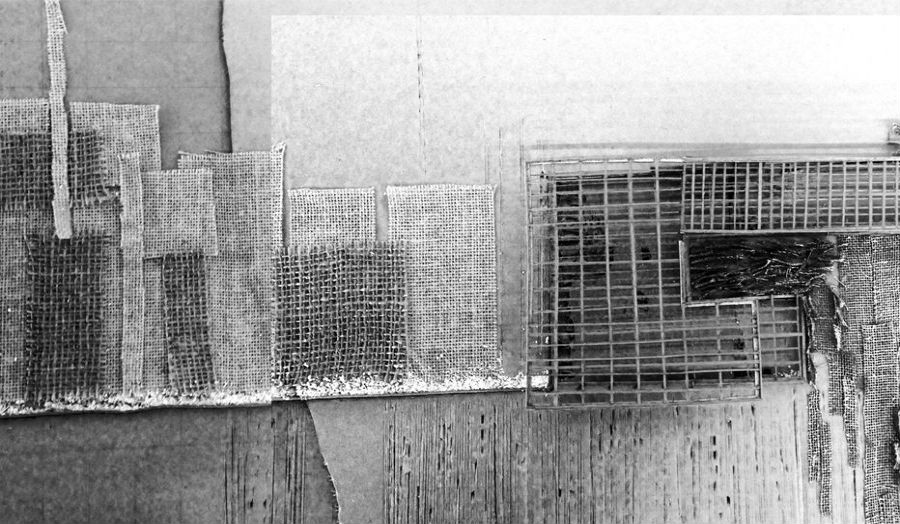 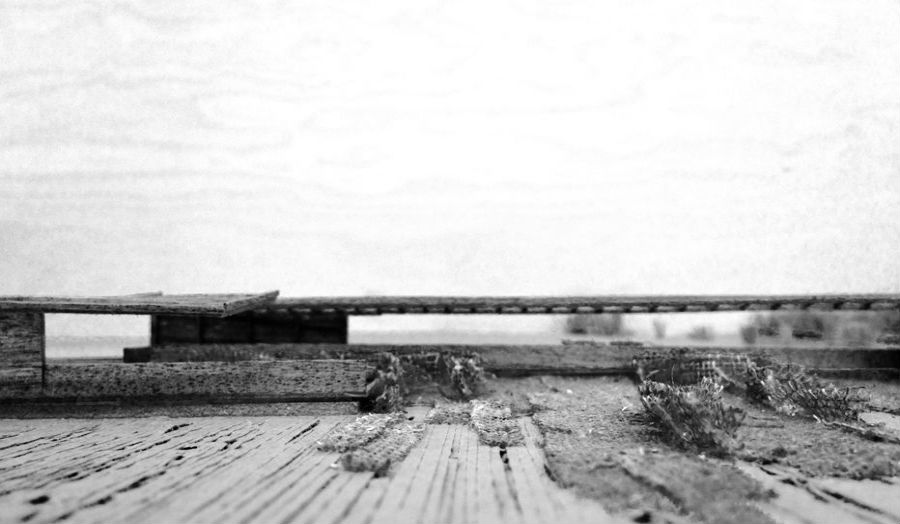 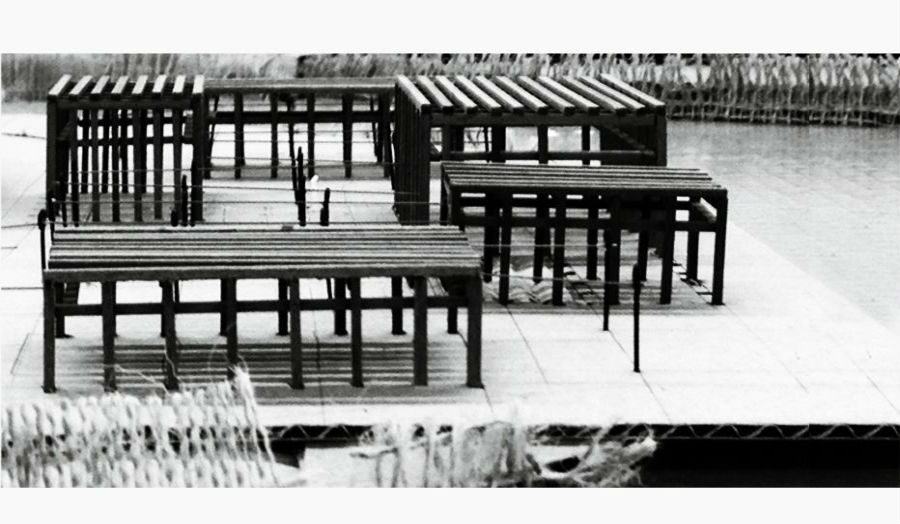 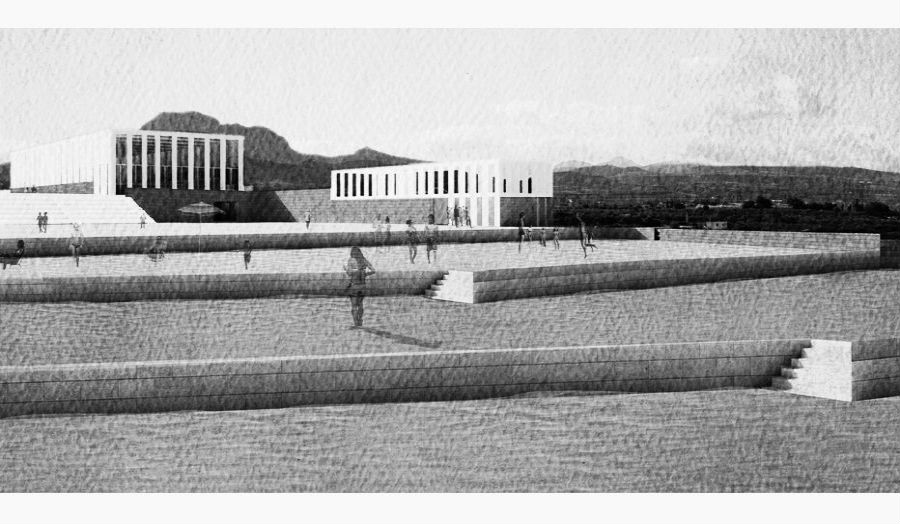 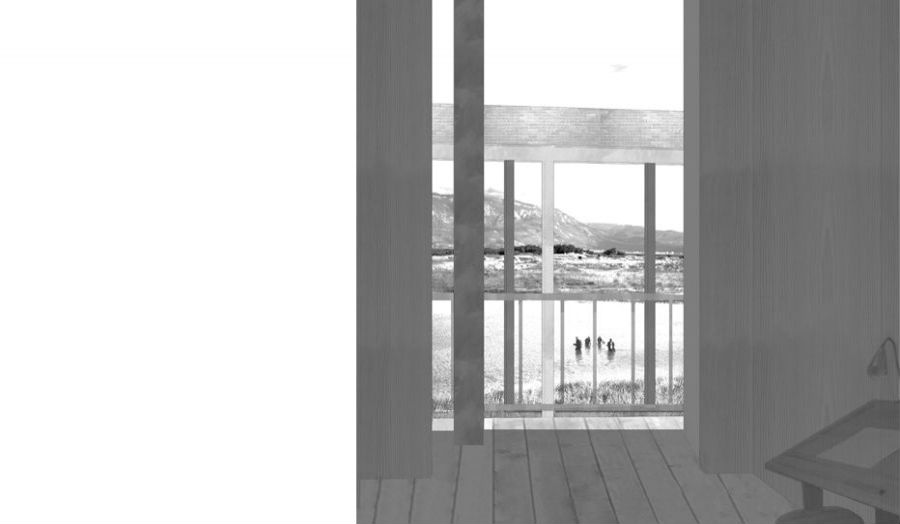 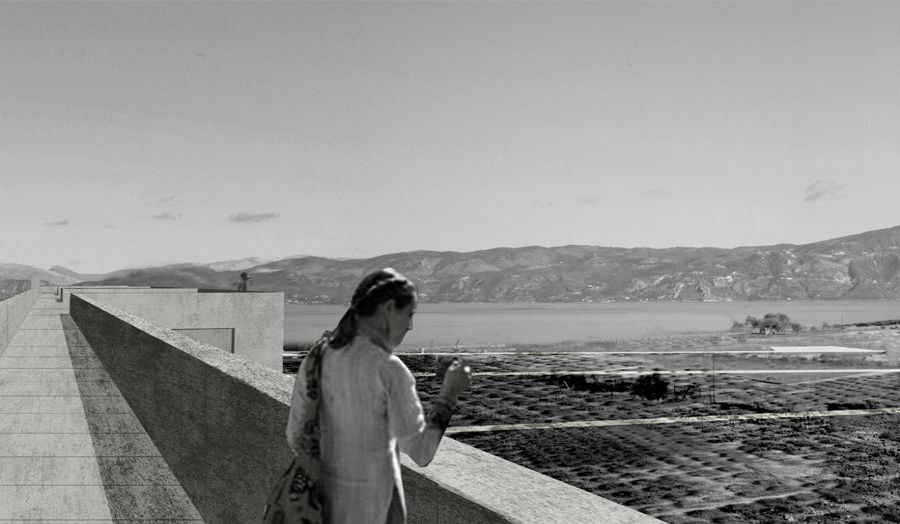 Walking along the Lechaion Road 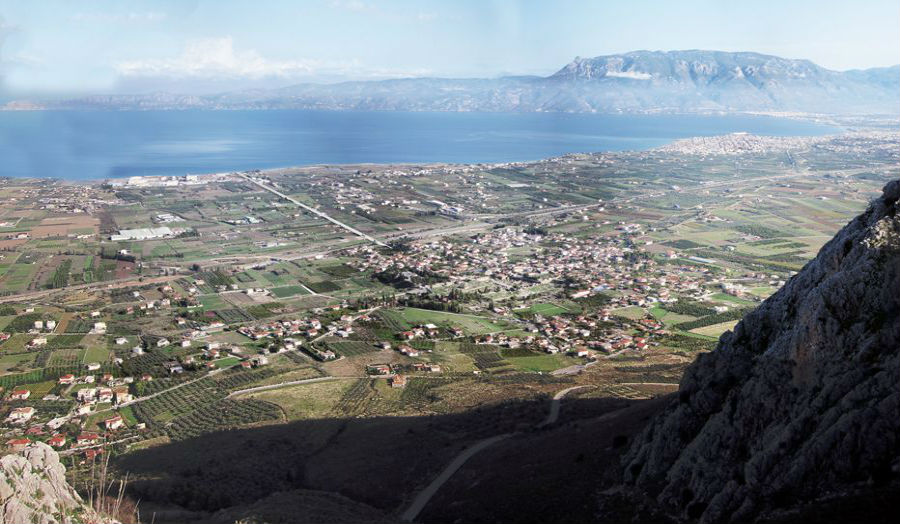