Between the abstract town-scape of London’s Southbank and the walled cities of central Italy, Studio 2 has continued to explore the idea of topography.

Studio 2 explores the relationship between city and landscape; we are interested in topographic order. We believe it is part of the architect’s role to integrate landscape, open space and buildings within a meaningful whole.

This year we have developed this skill by examining two walled cities in central Italy: Urbino and Gubbio. In both the wall clearly differentiates an urban terrain from its hinterland, yet from within each we still feel close to the landscape. In places this adjacency becomes very powerful.

The symbiosis of walled city and landscape shown in Italian medieval city paintings, where both are active and full of life, became a powerful precedent for drawing a topography as a series of places for human events. We have endeavored to explore this idea at the scale of both building and landscape, between modernity and tradition.

We started by looking at the Southbank Centre and trying to find an echo of 'townscape': how the complex might be interpreted as a hill town. Students imagined small permanent additions to the found topography of the site. In parallel we made research studies of open spaces in both Venice and Urbino. Intensive sketching during the study trip allowed us to examine the work of the 'city architect' through the projects of Giancarlo de Carlo in Urbino. These illuminated the potential for studio proposals to move between landscape, urban and building scales.

The site for the principal design project in Gubbio was a swathe of enclosed gardens which form a threshold between the core of the medieval city and the forested slope of Mount Ingino. Students questioned the nature of this site as a threshold between city and landscape, investigating ideas of public space which might characterise this liminal condition. 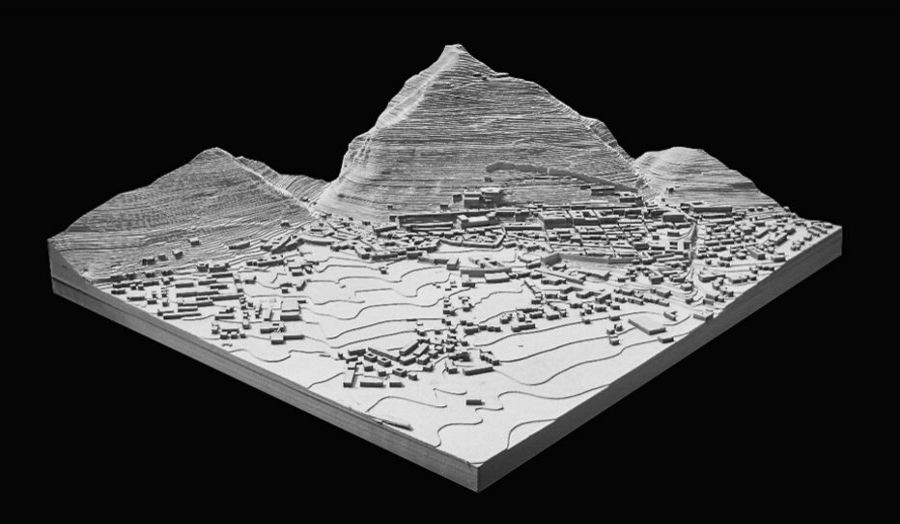 Comparative models of the Southbank Centre and the Palazzo Ducale of Urbino, 1:250 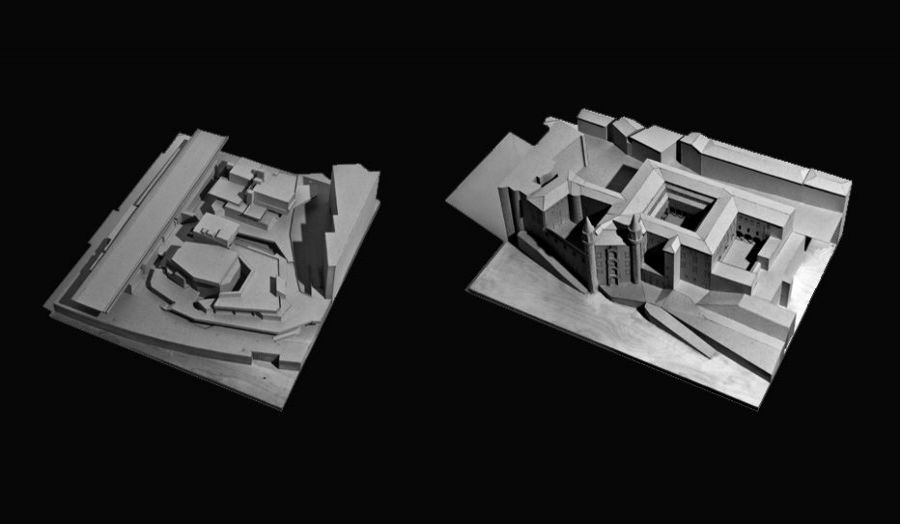 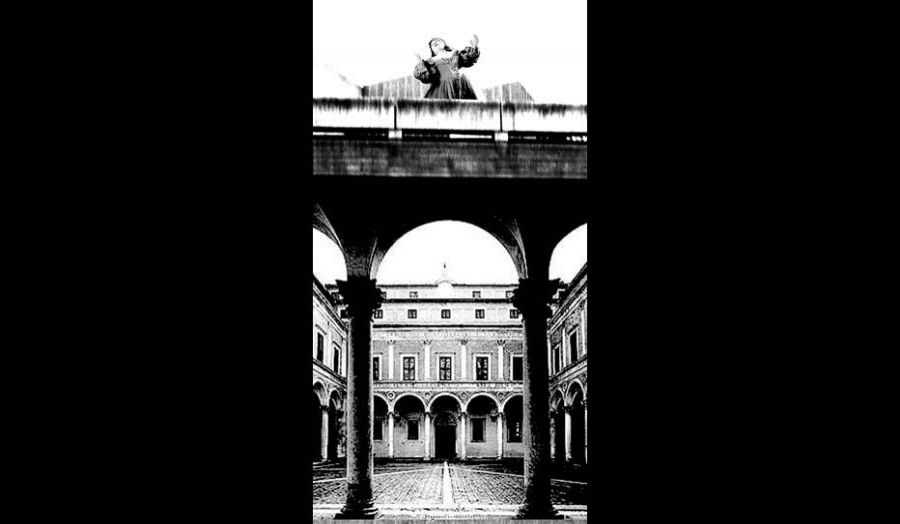 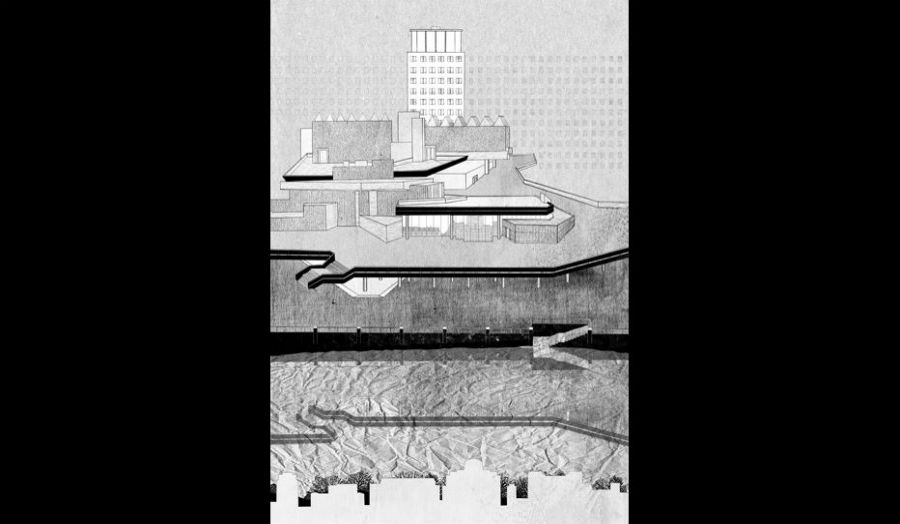 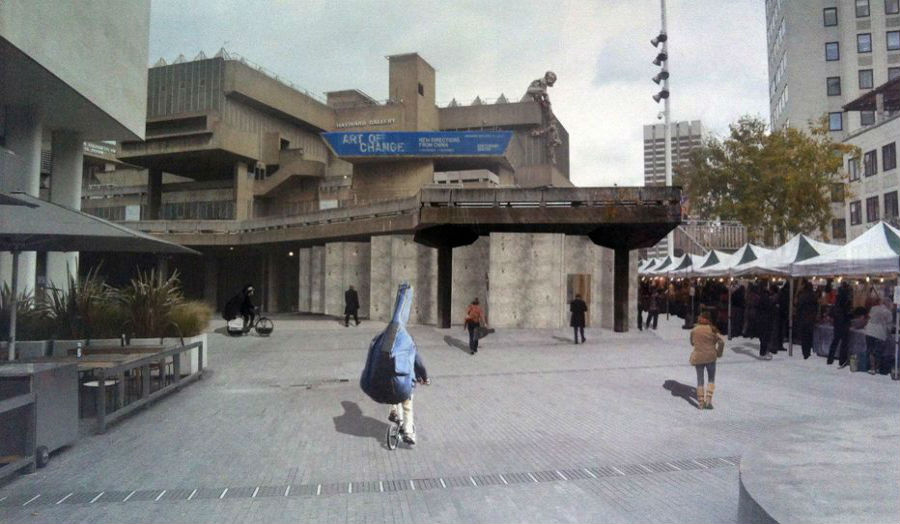 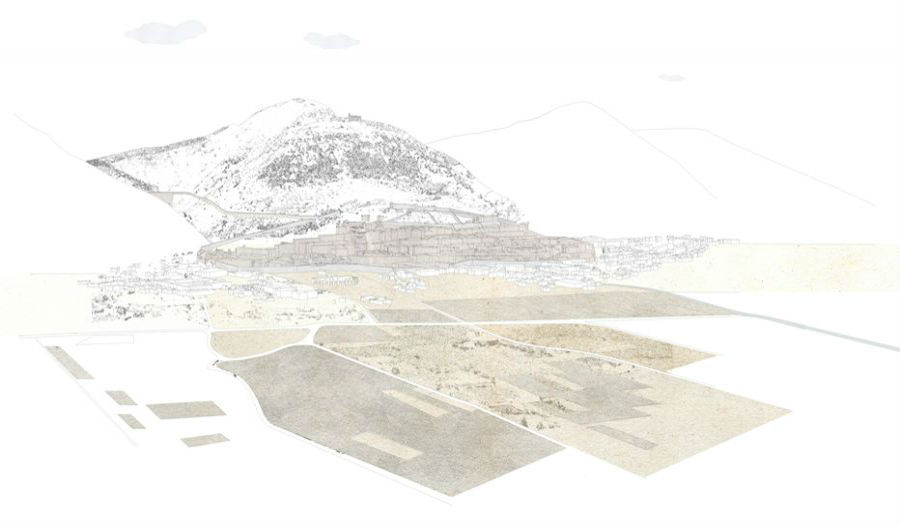 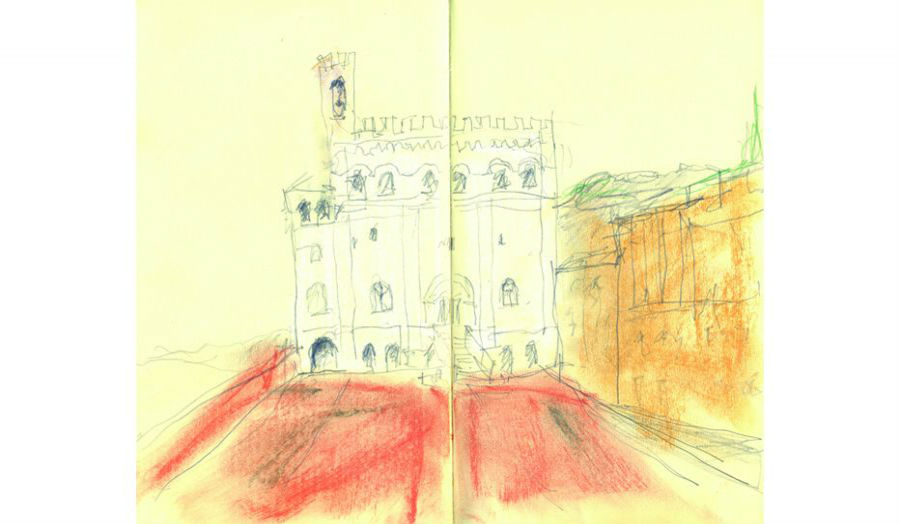 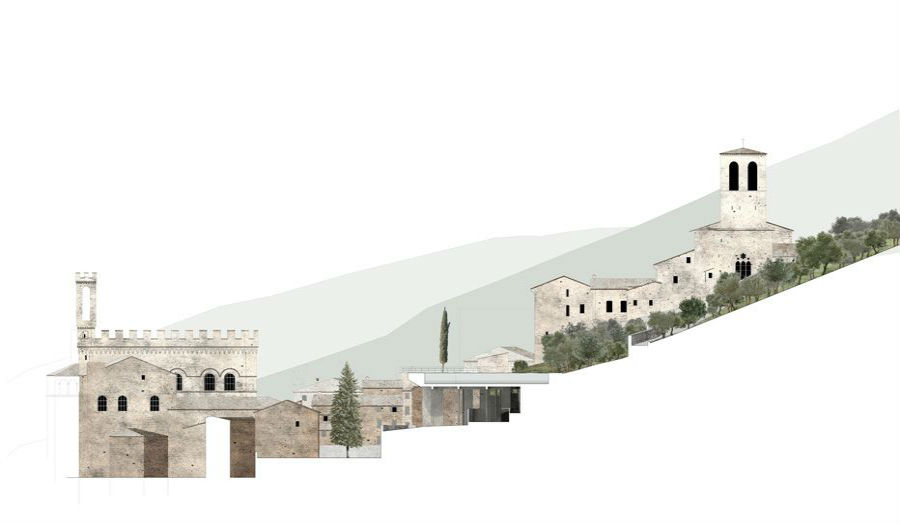 The pathways of Gubbio 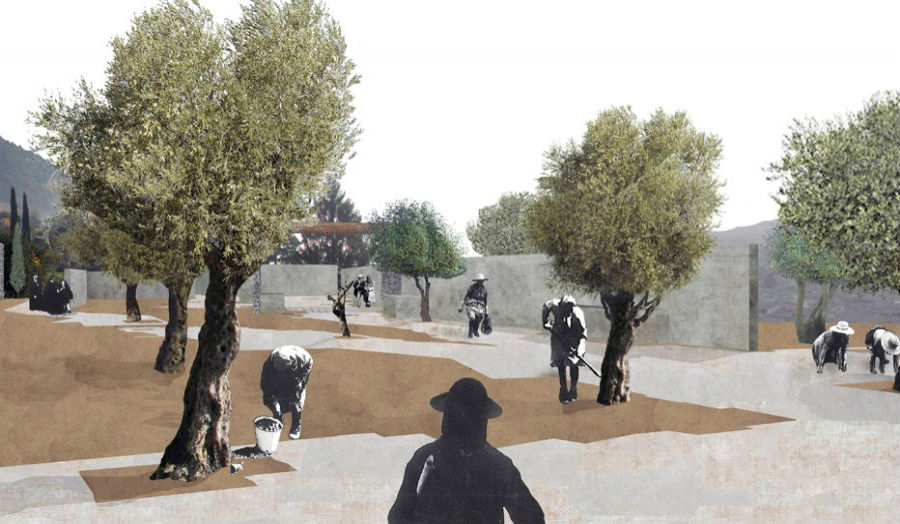 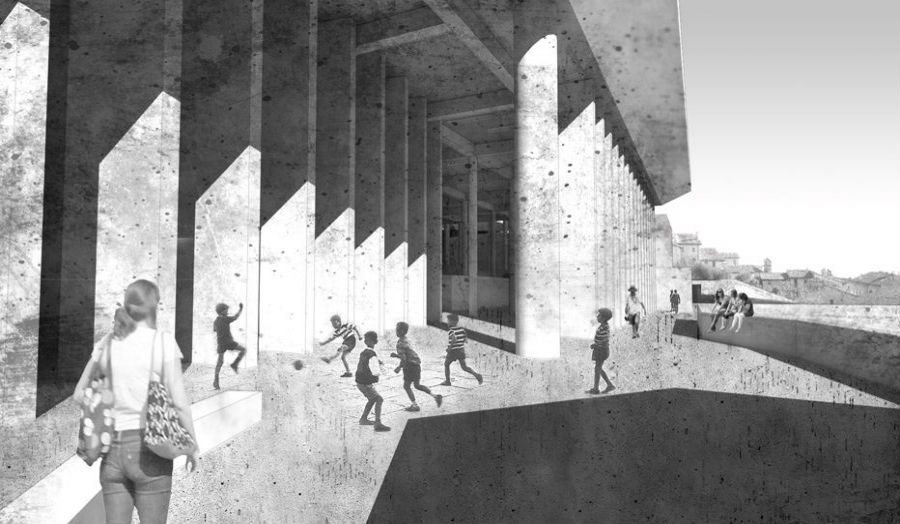 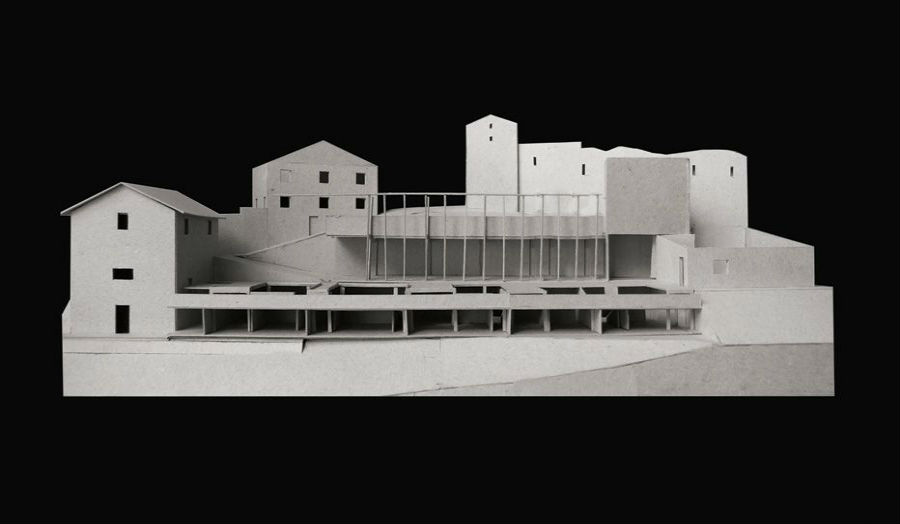 Collage study of spa in the Quartiere di Sant’ Andrea 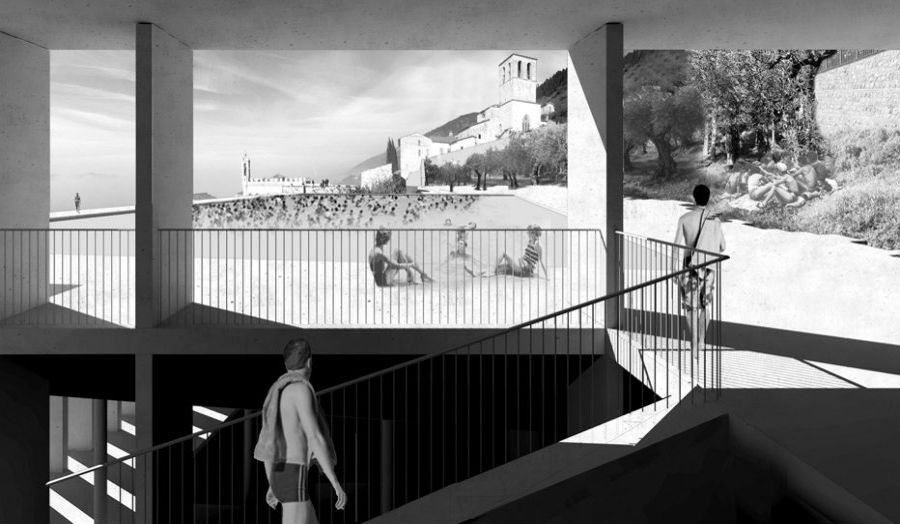 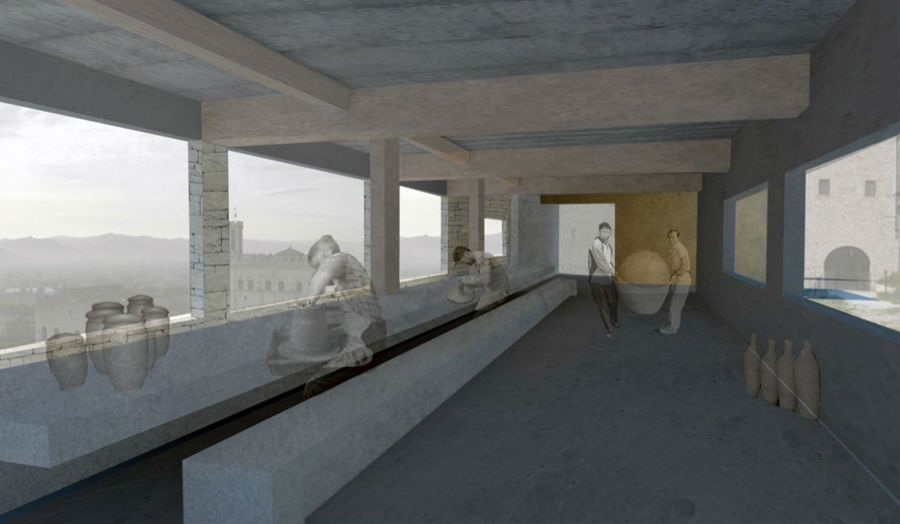 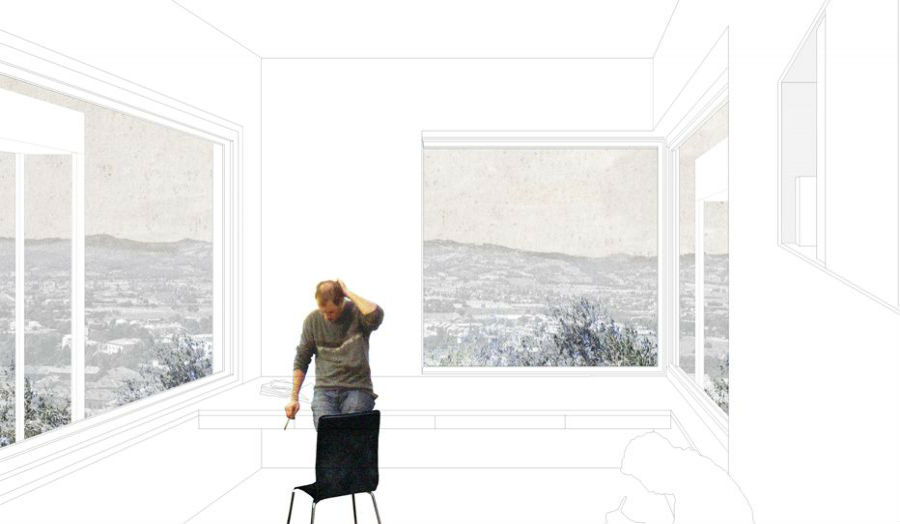 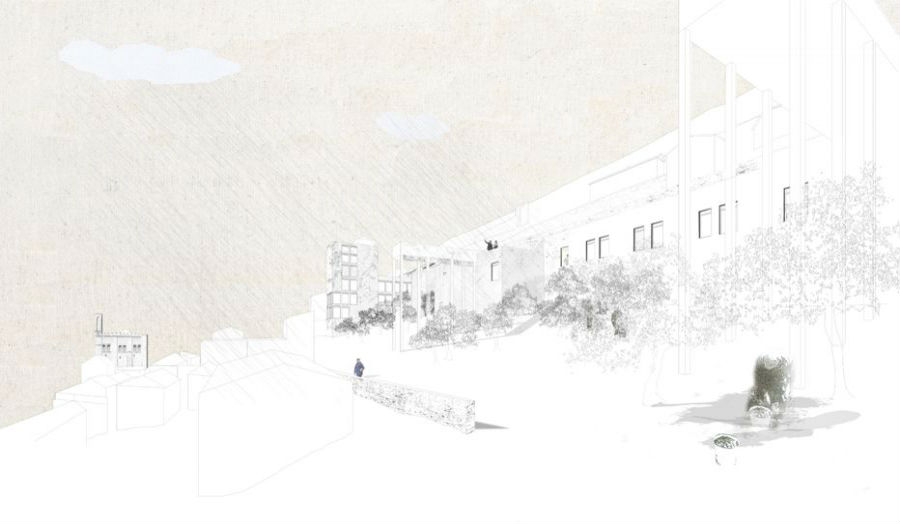 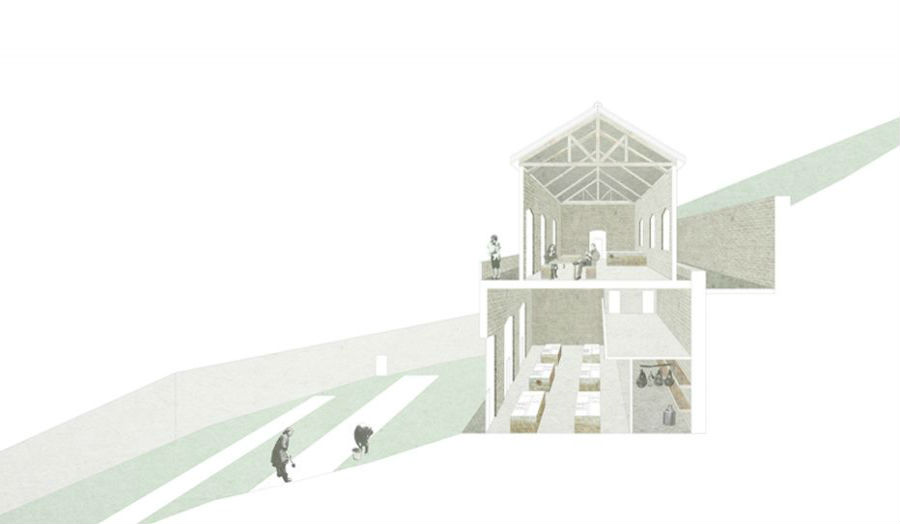 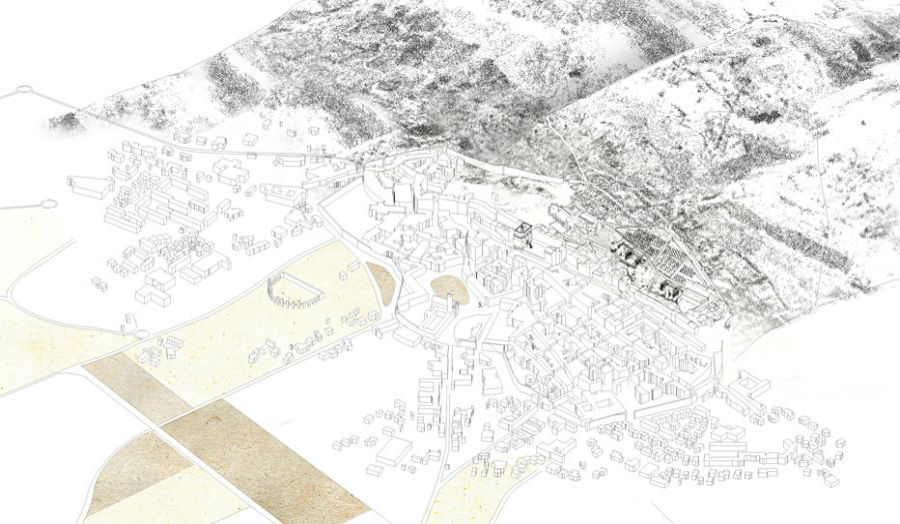 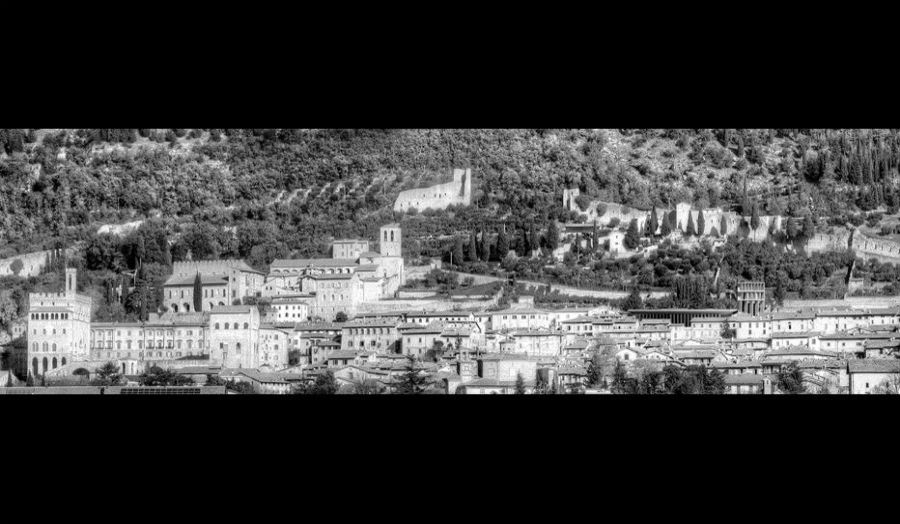