‘Long before the Occupy movement, modern cities had already become the central sites of revolutionary politics, where the deeper currents of social and political change rise to the surface. Consequently, cities have been subject to much utopian thinking. But at the same time they are also centres of capital accumulation and the frontline for struggles over who controls access to urban resources and who dictates the quality and organisation of daily life. Is it the financiers and developers or the people?’ David Harvey - Rebel Cities: From the Right to the City to the Urban Revolution, 2012.

Our Diploma Unit once again focused on the City of London this year, developing on the research carried out last year (as ‘Unit 5’) to investigate interstitial space - physical and temporal - that provides opportunities for re-thinking (augmenting, making and re-making) the city in ways that the current developer-led forms of procurement cannot or will not entertain.

We were interested in studying the ways in which the City has evolved over time in both planned and opportunistic ways and in questioning the instruments of city planning and the ‘grand narratives’ of politicians. The City of London’s focus on business and finance since the Second World War has seen it evolve into a mono-cultural place in which people only go to work. Hardly anyone lives there any more and yet ‘the square mile’ was once the whole of London and its walls encompassed all human activity that constitutes the idea of a city.

The City of London itself may now be understood as an interstitial domain - a city state apart from the rest of the urban environment of London and the UK, spatially, culturally, economically, politically, even temporally owing to its status as global financial capital which lends it an importance that transcends its territorial dimensions. The context for our study of the City continued to be the global financial crisis of 2008 and its impact on our society and culture. Two significant events that recently occurred in London - the Occupy protest at St Paul’s and the Olympic Games - have revealed the scale and context of conflict over ‘seemingly’ public space and the right to the city.

We have continued with our research into ‘unearthing the City’ and choosing sites which are not usually understood as building sites at first glance: the subterranean (including culverted waterways); spaces above ground (the Pedway example); and edge conditions, on and about the river Thames. Built propositions evolved from ambitions to challenge the monoculture of the City building and we have questioned if authentic construction is a possibility in the face of ‘fast track’ demands imposed on development by our economic condition. We have been interested in buildings with a greater sense of generosity and porosity – spatial, social and programmatic.

Proposals have explored issues of scale (and the possibility of the co-existence of scales and occupancy), considering also the necessity for intimacy and a sense of nearness at both an urban level and the interior, using detailed material studies and carefully judged means of representation. Working at different scales - the scale of the city, the scale of the building and the scale of the interior and the object - we have invited students to consider the possibilities of monumentality at a small scale and the appeal of a Piranesian ambiguity of scale.

Preliminary investigations and projects for the Interstitial City project included: -

Thresholds: Surveys of the churchyard spaces of Wren’s City churches
Churchyard Pieces: Interventions within the surveyed churchyard spaces of Wren’s City churches
Kirkeby Studies Unit Trip: Studies of Kay Fisker’s architecture and Per Kirkeby’s Brickworks in and around Copenhagen
Small Monuments: The design of a small monument for a site in the City of London, as a way of finding sites and defining specific interests for the thesis project
Briefing Document: Individual research document setting out the aims and context of the thesis projects.

The end of year exhibition focuses on the 15 final projects, each with its own plan chest drawer and frame on the walls of the space; the Wren Churchyard Pieces, Kirkeby Studies and Small Monument projects are documented within the three books placed on the plan chest podium. 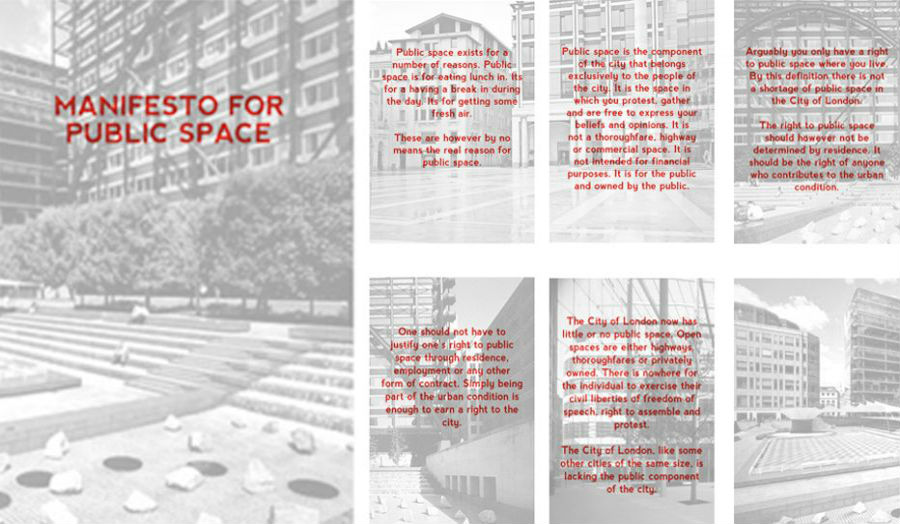 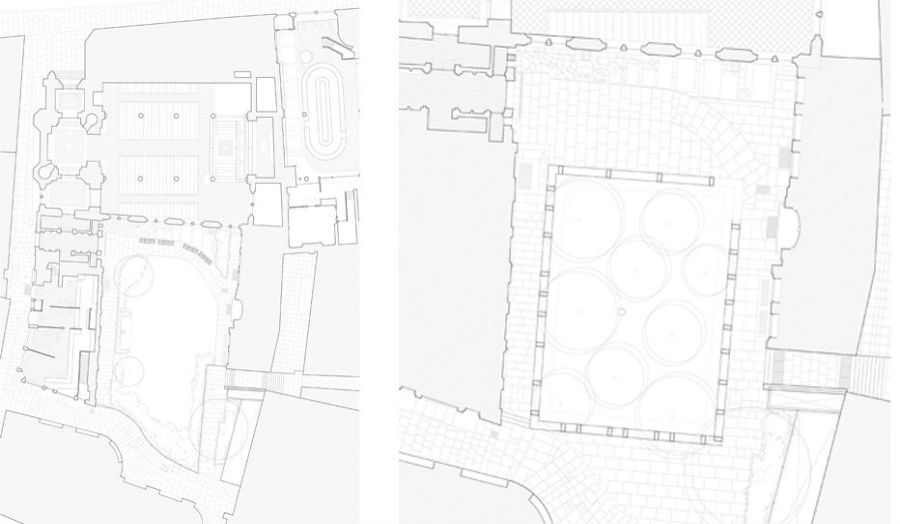 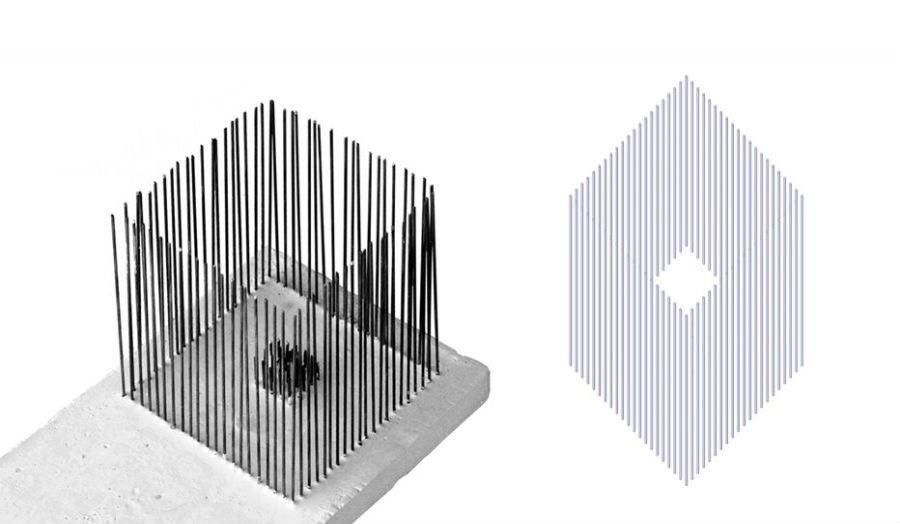 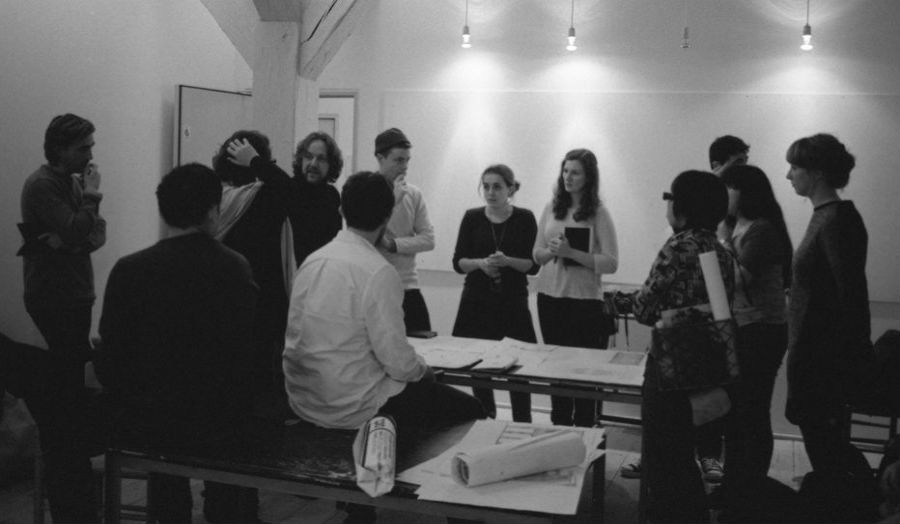 Crit at the Royal Danish Academy of Arts’ Architecture School 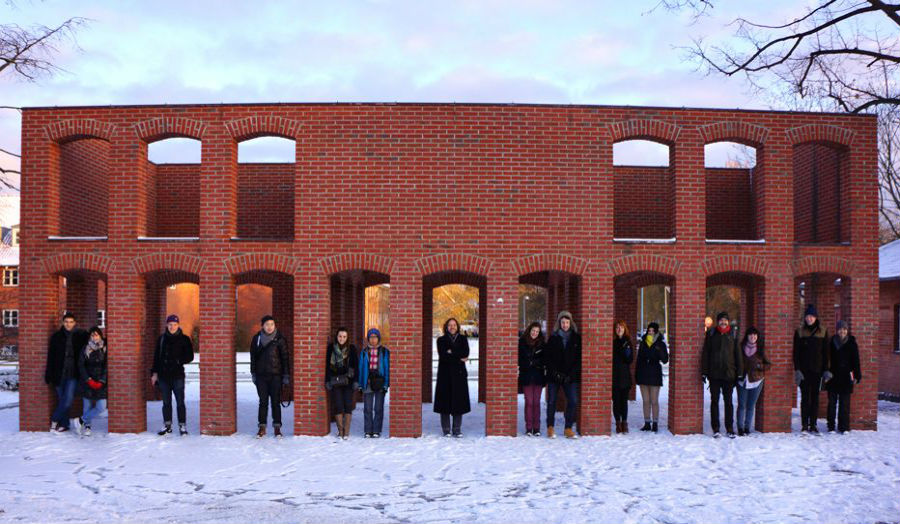 Study of Kirkeby’s Wall 1 and ll in Ballerup, axonometric view 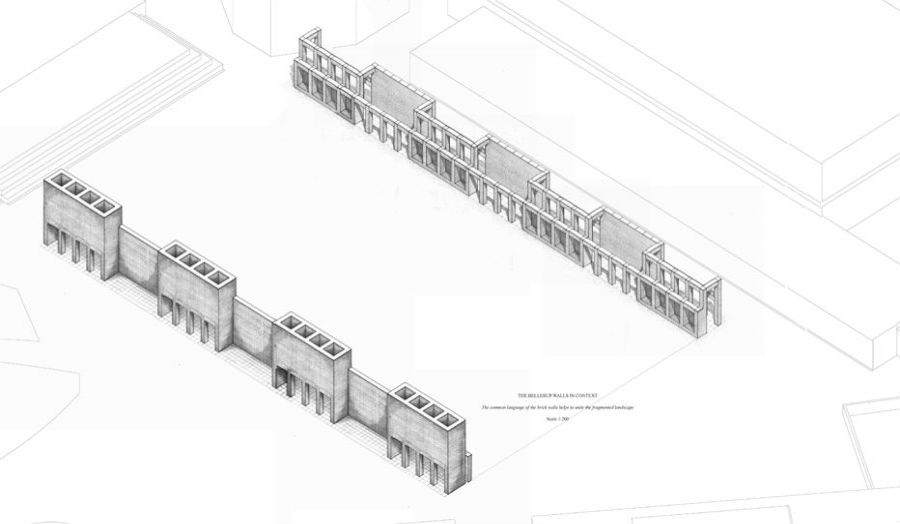 by Natalie Simmons and Meredith Hull 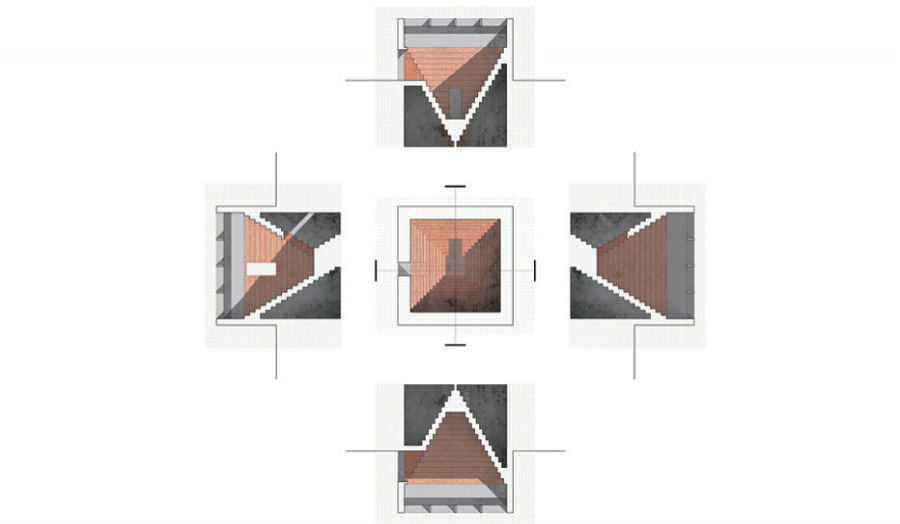 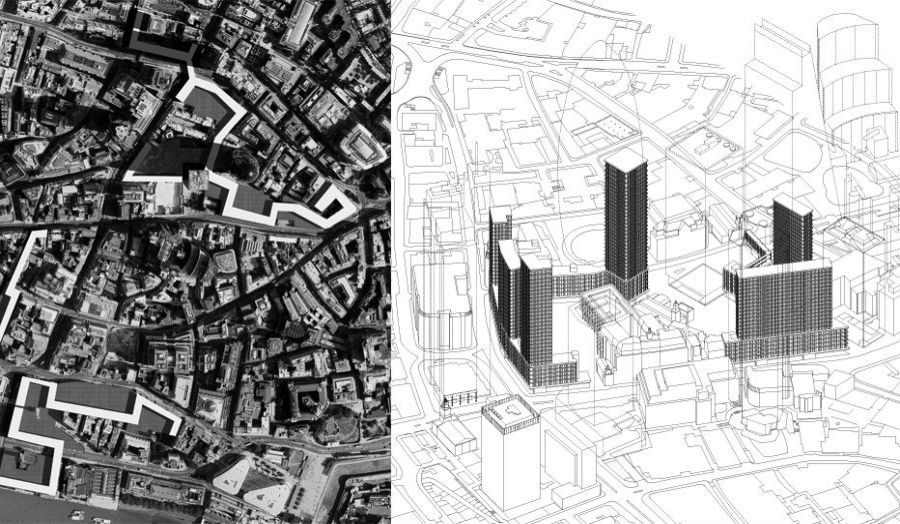 Humanising the City by Jess Bailey 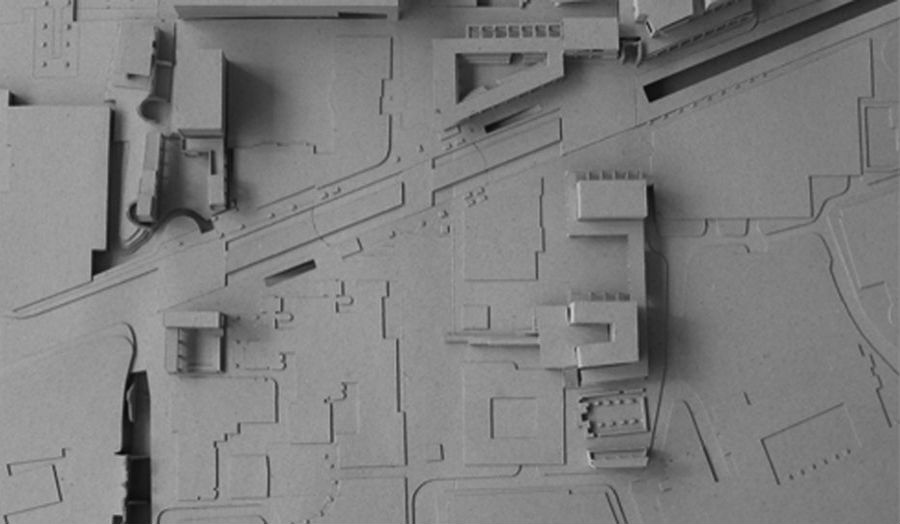 Re-defining the line of Cripplegate Fort 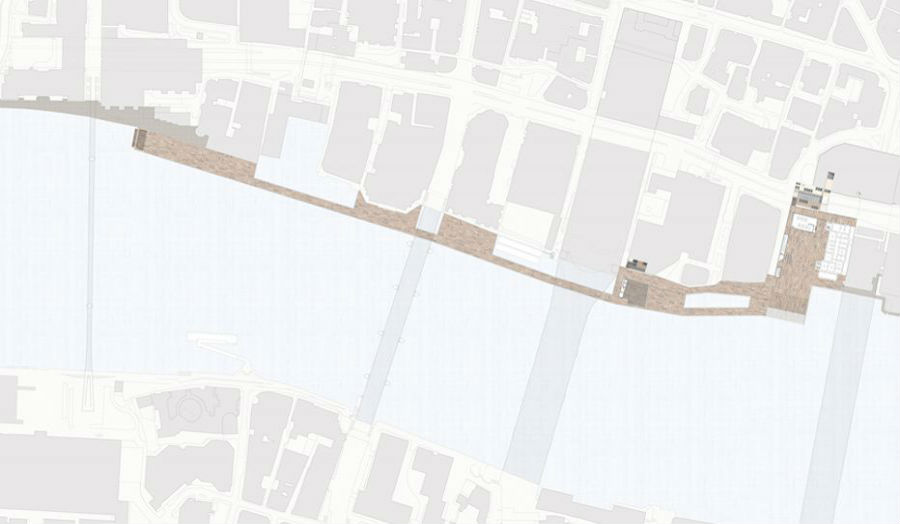 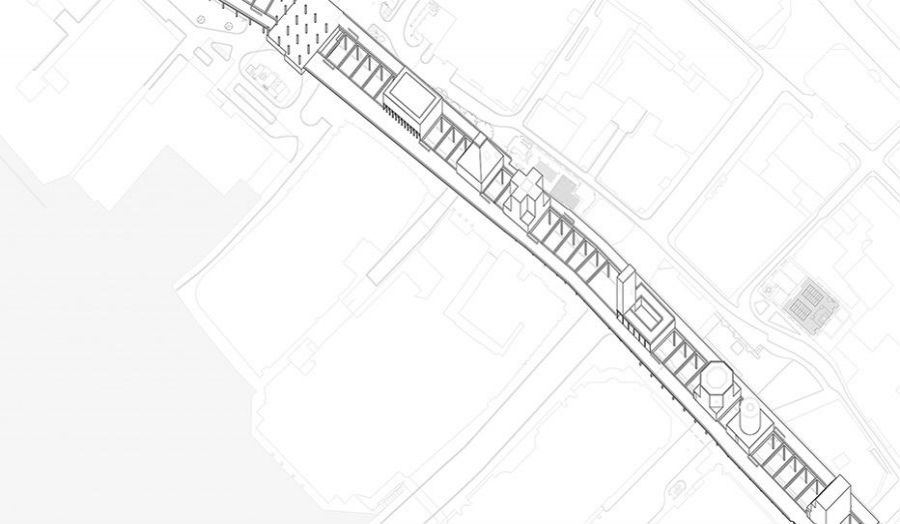 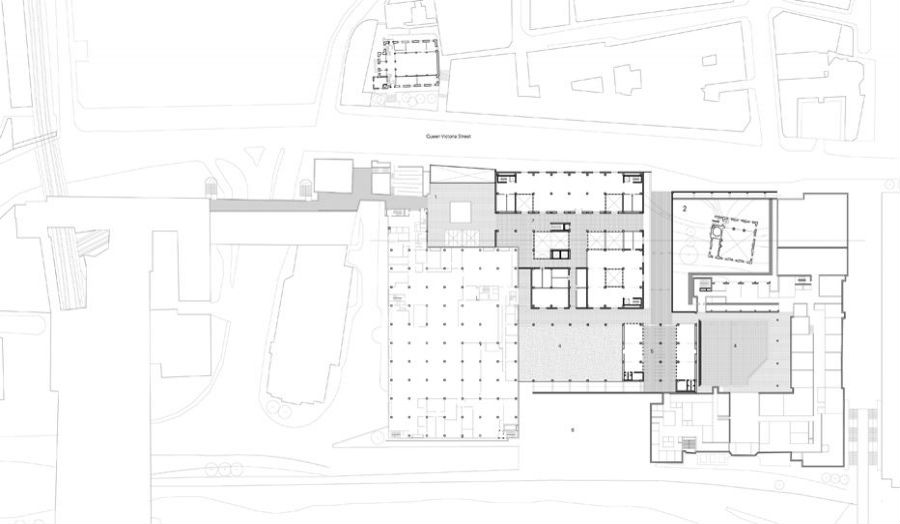 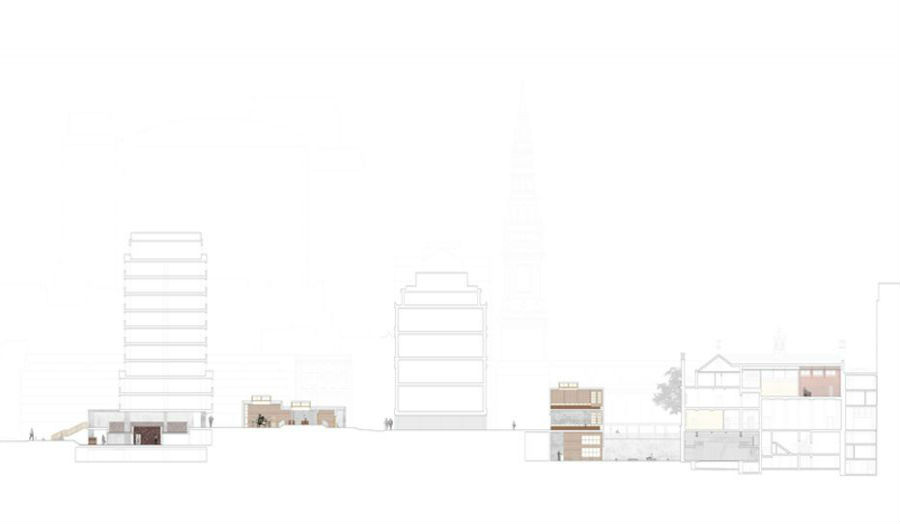 The Contemporary Stew by Natalie Simmons 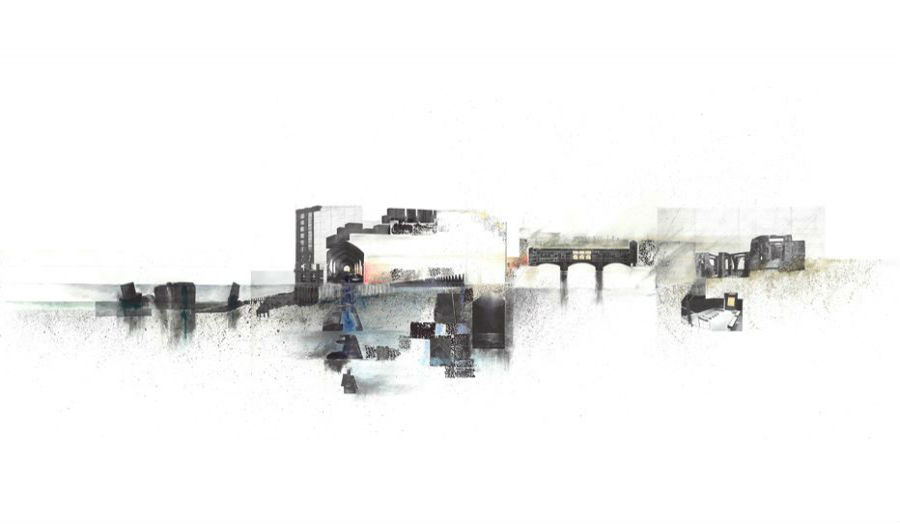 A strategy for the North Bank of the River Thames 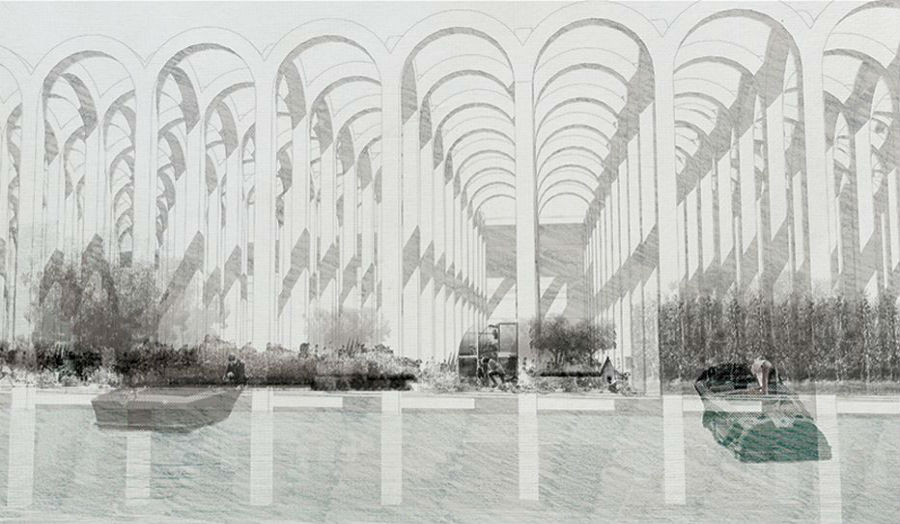 Expansion & re-definition of the North Embankment

On Ruins by Gaia Pelizzari 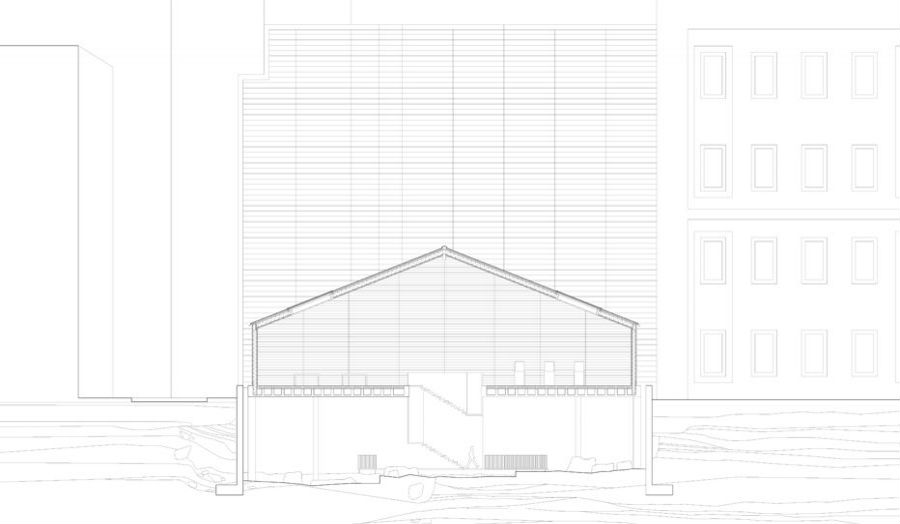 A Proposal for revealing the archaeology in City

On Ruins by Gaia Pelizzari 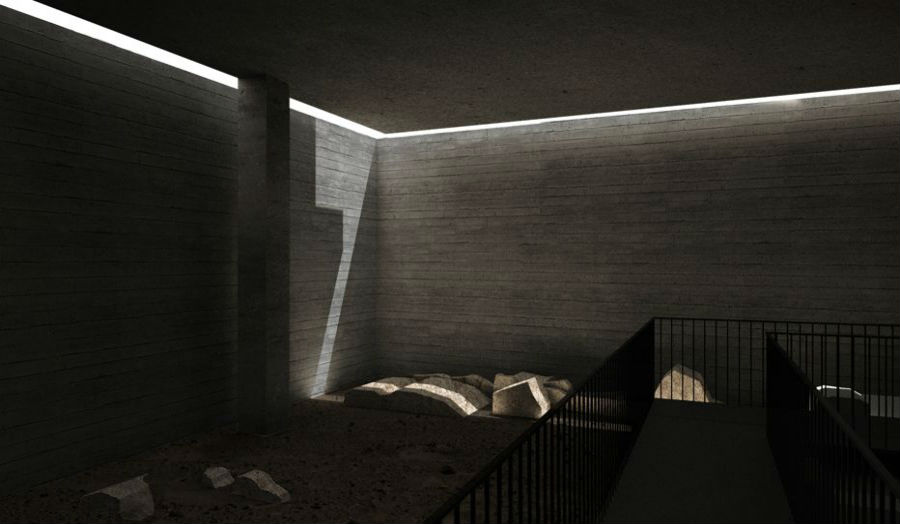 A Proposal for revealing the archaeology in City 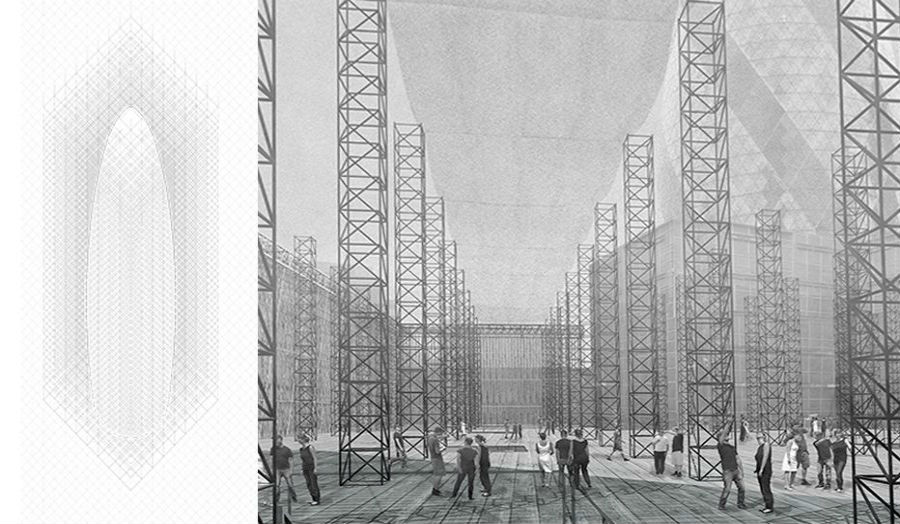 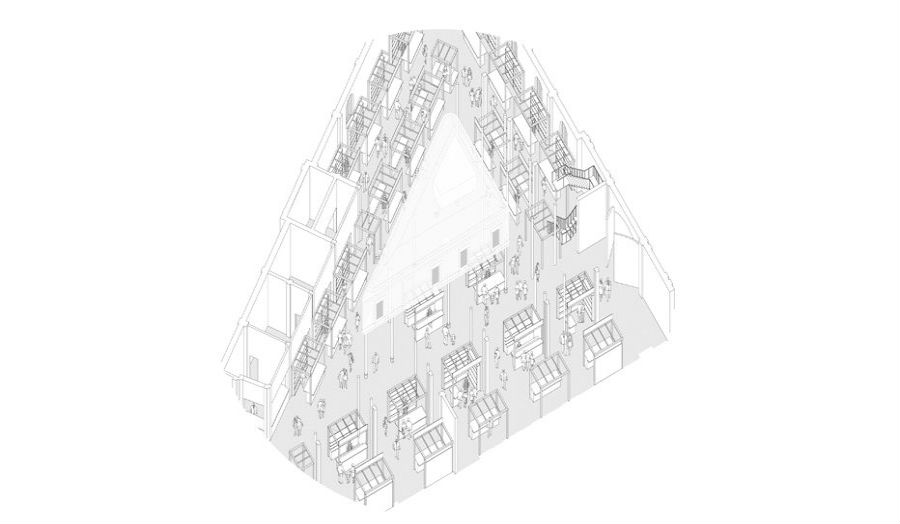 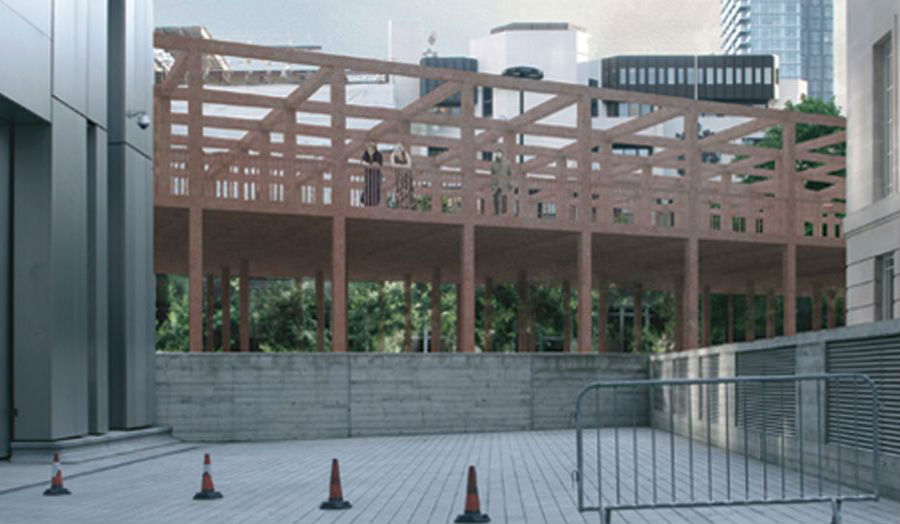