During the past five years, students in Diploma Unit 1 have been working with the idea of city. Can architecture be a gift to the city? Architectural and urban design proposals have been made on sites of significant historic importance such as Hadrian’s Villa near Rome, Venice, Monpazier in South-West France, or Paestum and Heraculaneum near Naples in Italy. This year projects are sited in the vicinity of two very elegant and distinguished English houses and their gardens: Hardwick Hall, Nottinghamshire, (late 16th Cent); and Petworth House and Park, West Sussex, (late 17th Cent).

Culture and Cultivation has a number of possible interpretations for us. On the one hand it is an attempt to embrace the coexistence of agriculture and city. In some cases this is a literal bringing together of agriculture and city as in Frank Lloyd Wright’s Broadacre City project. On the other hand, one could say it is about architectural culture as part of a landscape design tradition as in the English picturesque gardens of Stourhead and Stowe. A more indirect interpretation might be the convergence of architectural culture with what could be thought of as urban cultivation as in the city wall of the Bank of England, London in London. These are important distinctions and questions today. We are witnessing the rapid growth of uncontrolled urbanisation of agricultural space in many parts of the world. It is called sprawl. Often this space has very little character. It is unmemorable. It is unspecific and it is not linked very much to the cultural history or sense of time of the place.

Florian Beigel and Philip Christou are working on design as research projects in the Architecture Research Unit, at London Met University. 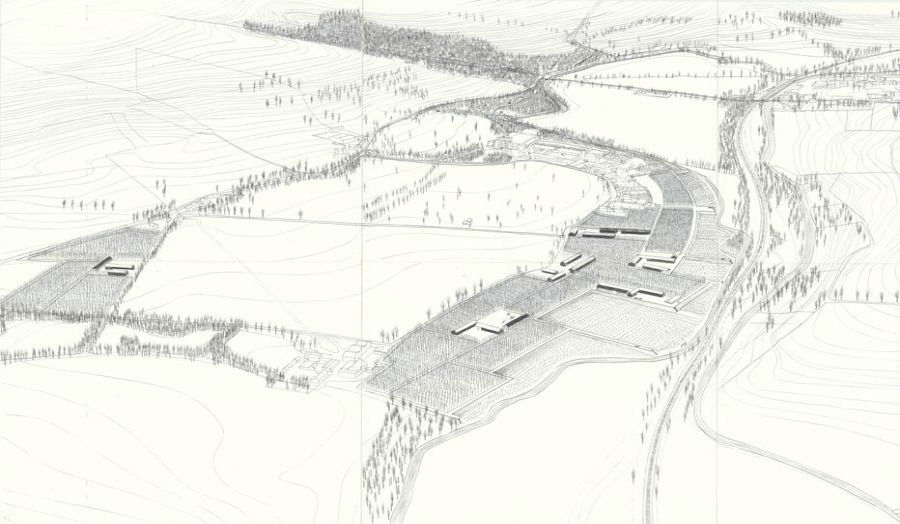