The School of Social Sciences and Professions will present an engaging theatre performance based on the inspiring true story of Mary Prince.

London Met is set to host two free showings a day of Sold during the week starting 7 February 2022.

Inspired by the storytelling traditions of the West African griot, Sold is a play which tells the forgotten true story of Mary Prince, a woman born into the slavery in the British colony of Bermuda who went on to become an auto-biographer and champion of freedom.

Mary's book had an electrifying effect on the abolitionist movement, helping to free many Africans in bondage.

Her words of the harsh realities of enslavement and how it felt to be separated from loved ones and to be owned, bought and sold gave voice to those that are often silent, silenced, ignored or spoken for.

The play has been described by critics as "a hauntingly gripping presentation that stays with you long after the curtain goes down. Sold is a deeply moving representation of one woman's extraordinary struggle to overthrow a world order she was born into."

Kuumba Nia Arts and Unlock the Chains Collective will tell this forgotten story through theatre, song, live drumming and dance. 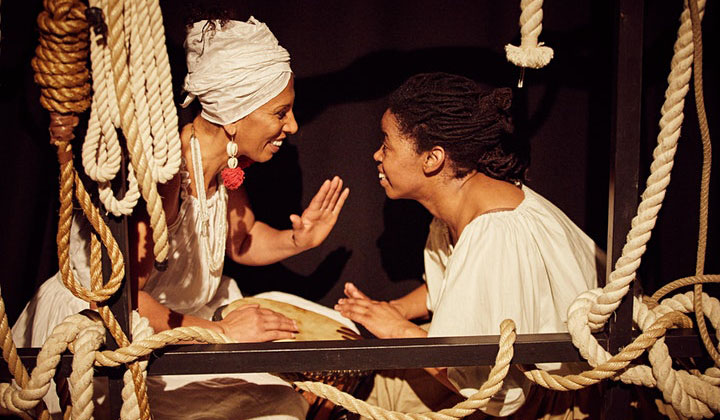