London Met was proud to host the Great Science Share for the fourth time on Tuesday 14 June. The campaign aims to inspire children to explore, share, and discuss science, with thousands of schools and STEM organisations across the UK and internationally coming together.

Held at the Great Hall at the Holloway Road campus, the day kicked off with a lively presentation which was live-streamed across all the nationwide events. The pupils were then given the opportunity to share their work and experiments with other young people from across the borough.

Alongside the Science Fair, academics and technicians from the Schools of Human Sciences and Computing and Digital Media showcased a range of exciting demos and experiments including DNA extraction and robotics. Student Ambassadors from a range of subject areas also took part in the event, sharing their experience of University learning and inspiring a new generation of young scientists.

The event was organised by Sam Webber of the Islington Schools Improvement Team and Charlotte Gaughan from the Widening Participation team here at London Met. Charlotte remarked, "It was such a joy to see so many young people sharing their love of science in our Great Hall. The experiments and demos were fantastic and the young scientists spoke with such passion and confidence. A huge thanks to everyone who was involved, especially our London Met Academics and Technicians".

Islington Mayor, Cllr Marian Spall, also attended the event and took part in some of the demonstrations with the children. 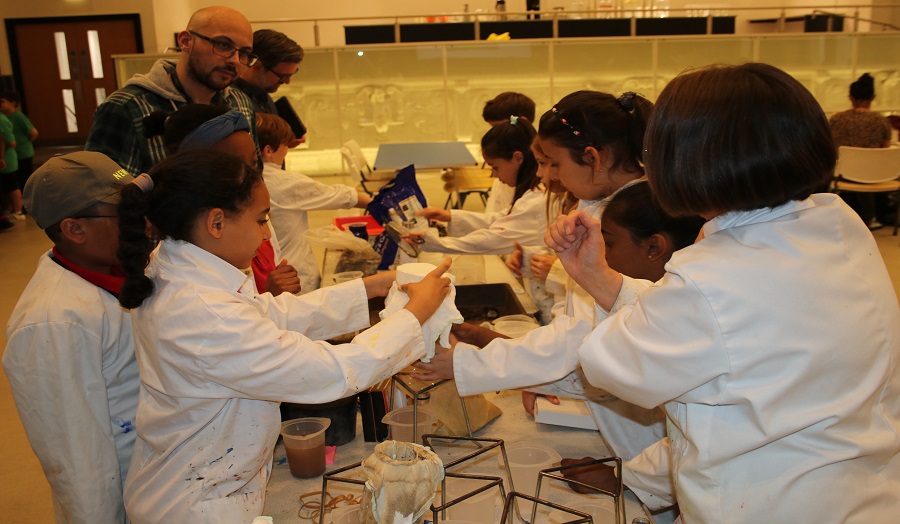