Do Svidaniya to "Beeg Maks" and fries: McDonald's closes its Golden Arches in Russia

Associate Professor in Journalism, Wendy Sloane, reports on the companies leaving their Russian operations behind in the wake of the invasion of Ukraine.

More than 30 years ago, I was one of the Western journalists who covered the grand opening of the Soviet Union's first McDonald's. It was January, 1990, and I had a vested interest in the sleek, new Canadian-Soviet joint venture. I was working for a Dutch-Soviet joint venture myself, Moscow Magazine, which was founded by a Dutch Communist and therefore based on the ground floor of the Union of Soviet Journalists. We ate lunch daily in the crumbling building's special canteen, reserved for the Soviet elite. The inevitable bowl of congealed liquid with mystery lumps that we got as our daily starter we dubbed "wet dog soup".

When McDonald's opened, it was the largest in the world and served up to 50,000 customers a day from its convenient location on Pushkin Square, just a stone's throw from the Kremlin. Muscovites hungry for a taste of the West in the form of a "Beeg Mak" with fries would queue for hours to sample the exotic Western food, which came with a hefty price tag for them. In a country where you often had to queue to buy staple items such as meat and where green oranges from Cuba sold by street vendors were seen as a delicacy, the imported cuisine was a luxury to be savoured. At Moscow Magazine, we started ordering hamburgers and fries several days a week for lunch (Egg McMuffins and apple pies hadn't yet made it to Russia). What struck me most was, in a country where shoddy service was the norm, that each McDonald's employee wore a badge saying Chem Ya Mogy Vam Pomoch? (How can I help you?). That was truly revolutionary.

This week, as the crisis in Ukraine intensifies, McDonald's is closing its doors in Russia, where it now boasts 850 establishments that it either franchises or owns. Its annual revenue in Russia and Ukraine totals about £2bn, according to the Guardian. The reason? Increased pressure from businesses outside Russia to do the right thing and pull out of the county, at least temporarily. "For 66 years, we have operated with the belief that communities are made better when there's a McDonald's nearby," Chris Kempczinski, the company's chief executive, said in a statement, adding that 62,000 people are employed by McDonald's Russia, not to mention suppliers and others. He will, he said, continue to pay their salaries – but for how long?

Other companies, such as Starbucks, Coca-Cola and Pepsi, are also leaving their Russian operations behind. But are these types of sanctions really hitting the Russian government where it hurts – or are they just making life even more miserable for regular Russians, many of whom are against the war in Ukraine and just want it all to stop? "The conflict in Ukraine and the humanitarian crisis in Europe has caused unspeakable suffering to innocent people. As a System, we join the world in condemning aggression and violence and praying for peace," Kempscinski also said in his statement, which was emailed to McDonald's employees and franchises. "Our number one priority from the start of this crisis has been – and will remain – our people."

The Huffington Post called the closure "hugely symbolic", saying the original Soviet Maccy D's symbolised the "thawing of Cold War tensions and an increasing appetite among young people for a slice of Americana". It also quoted a Tweet from a Russian reporter, Yuliya Chernova, who remembered being at the very same opening I covered. "McDonalds shutters in Russia...Oh, the deliciousness of the milkshake, my first taste of America at the Moscow McDonald's in the early 1990s. While mom waited at the US embassy to submit our refugee papers, grandma & I stood in the snaking McD line."

While Beeg Maks might still cost a fortune for many everyday Russians, leaving the Red Onion behind could cost McDonald's even more. And if things continue the way they are, it might be back to wet dog soup for many. 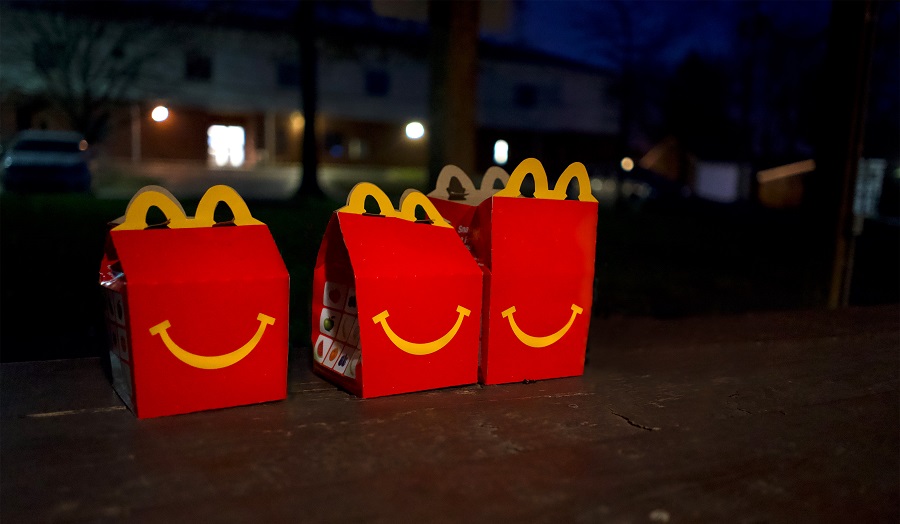