Meet the entrepreneur with big dreams

Angelo Lo Presti graduated from London Met in 2008. He tells his story of what he did after university.

I’m Angelo Lo Presti, an entrepreneur with an adventurous spirit. I was born in Sicily, but I’ve been leading a nomadic lifestyle for almost 15 years and have explored 45+ countries along the way.

I graduated in BSC Computer Animation at London Metropolitan University in 2008. A few years later, I completed the Animation Mentor program and worked in Canada on the feature film Escape From Planet Earth.

In 2015 I launched Superjab, a film production studio which created the first ever interactive travel web series, the Interactive Travel Adventure. The web series chronicled my year-long trip across Central and South America and pioneered interactivity in the travel blogging industry. The people who followed the journey chose the destinations and their decisions shaped both the trip and the content of the series. The Interactive Travel Adventure was featured on TV, radio, magazines, blogs, and it is now being transformed into a feature length documentary.

During that year on the road, the web series also caught the attention of Colombian television producers who invited me to participate in a reality/adventure TV show called Expedición Cóndor de Los Andes. In 2017, the show won two awards for Best Reality Show and Best Juvenile Program at the India Catalina TV Awards.

My desire to create visual experiences has led me to a successful career as an award-winning UX designer and educator. The minimalistic aesthetic of my work has been featured on websites and blogs around the world.

Today, I consult brands on how to improve their digital experiences and I mentor the next generation of UX Designers at my own company, Superhive. I also help e-commerce brands promote their products on Instagram at RisePro, a marketing company I co-founded in 2017.

As a child in Sicily, I would have never predicted that my life could bring me so many learning experiences and so much joy and I am excited to see what opportunities await me! 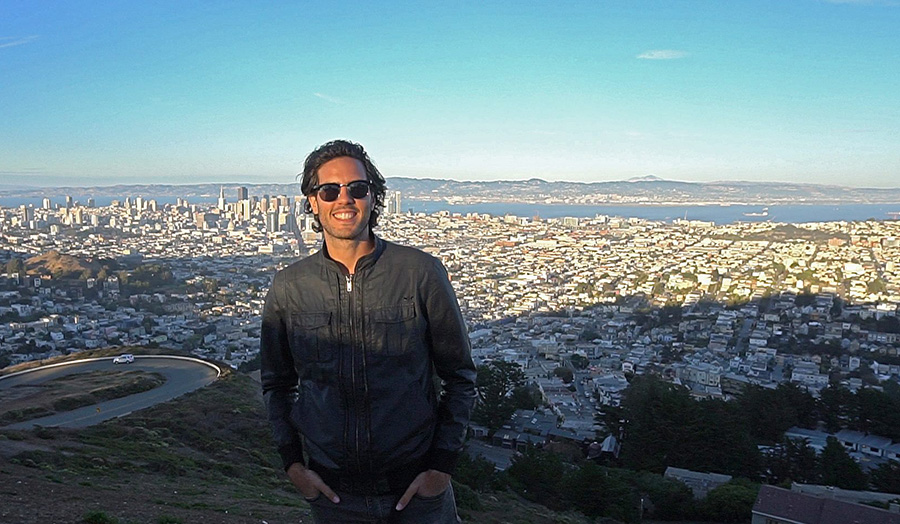