Oh Gee, Pie! was the grand winner of the Big Idea Challenge in 2016 – with its idea for a social enterprise bakery and sweet pie business. Here, the duo behind Oh Gee, Pie! tell us what impact winning the challenge has had on them and how far they’ve brought the idea since then…

Where is Oh Gee, Pie! one year on from winning the 2016 Big Idea Challenge?

After we won the challenge, it kick-started the idea and threw us into the Launchpad programme. We got a chance to build up our business and it really helped us figure out which direction to take. We had loads of opportunities come up with people wanting to interview us for articles because they had heard about us winning. Obviously, when we first started it was just an idea, but then participating in the competition just threw us into it. You have people supporting you and asking all these questions; it just makes you dive on in and helped us accelerate into our business and our plan. We started to work out all the little things. It was just a great platform for us.

What did the Big idea Challenge do for Oh, Gee Pie!?

Winning the Big Idea Challenge mainly gave us a huge boost of confidence. Not everything was fully thought out and planned but started emerging the more we talked about it. For us, we knew we were hard workers, that we could do this, but knowing people believed in our idea was invaluable. The Big idea Challenge validated us and our ideas.

What would you tell students and graduates thinking of entering this year’s Big Idea Challenge?

Do it, just do it. I think if you have an idea, even if you don’t have any of the kinks worked out, just put it in there, just try it. Pursuing something you have an interest in just takes a lot of courage and it really helps being in a community of people doing the same thing.

Were there any challenges involved with starting Oh, Gee Pie! that you hadn't anticipated?

Supporting ourselves while trying to start our own business, especially when we are creating our own fresh products every day. It’s hard trying to organise how best to make the most of the little time that you do have.

How have you worked with Accelerator since winning the Big Idea?

We’re very close with Accelerator. We’ve been working with them since the Big Idea challenge and we did the summer Launchpad programme. It was tough but it was really good because it makes you confront yourself and your business. It’s so easy to take these little easy way outs or make assumptions, but they call you out on all those and ask “Why is that?” and say “Show me the proof”. That’s a really good thing, so you know what you’re building yourself up on as far as your business ideas go. They help you see the big picture and what’s actually feasible.

Now we do monthly to bi-weekly meetings with them, which keeps us accountable and allows us to have a sounding board, because we don’t come from particularly business backgrounds and so that’s a challenge for us and its really good to be paired up with the Accelerator because they know about that sort of stuff and can keep us on track.

Where do you bake all of these pies? Are you looking to expand?

What are your future plans for Oh, Gee Pie!?

World domination! Pie takeover! We are trying to build more sales and work with more businesses. Right now we are in a few restaurants, cafés and a local grocery. We're trying to expand into more places and at same time expand on our big idea, our café for social change.

If you're a London Met student, graduate or staff member and you think that you have this year’s big idea, you can apply for an information pack. The deadline is at 9am on Monday 13 February. Best of luck! 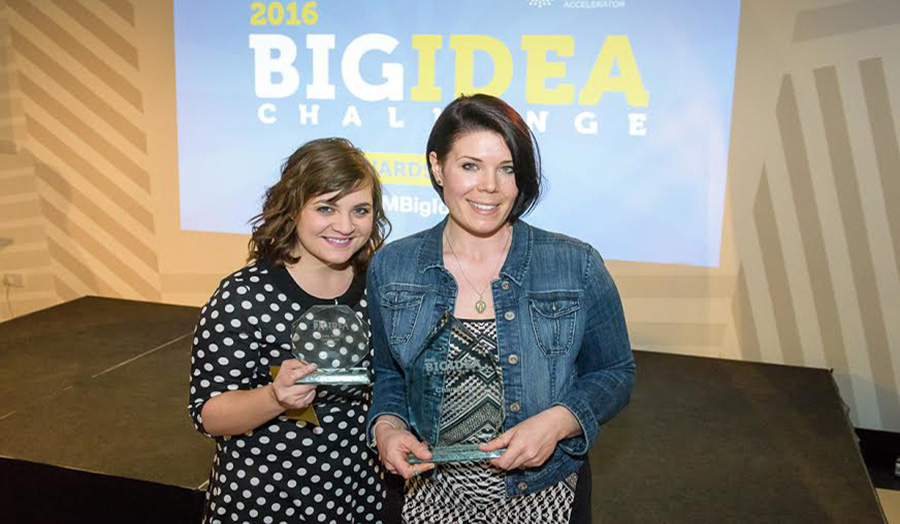