The degree awarding gap is the percentage point (pp) difference between the proportion of UK domiciled Black, Asian and Minority Ethnic students and White students awarded a first or 2:1 degree classification upon graduation.

In 2018 across UK universities, 80.9% of White students were awarded a first or 2:1, compared to only 67.7% of Black, Asian and Minority Ethnic students – producing a sector-wide awarding gap of 13.2%. However, the gap does vary from subject to subject and across institutions. The gap has historically been larger at post-1992 universities (new universities) than the Russell Group (Equality Challenge Unit (2013) Equality in higher education: statistical report 2013 (based on HESA data).

There is also a variation in the awarding gap across the broad ethnic groups, with the gap between White and Black African students the largest, and between White and Chinese students the smallest. This is in contrast to the picture in compulsory schooling where many ethnic minorities outperform White pupils.

Of all the disparities that exist within higher education, the degree awarding gap is the starkest and has proved to be both persistent over time and virtually universal across the sector. In 2017/18 more than two-thirds of UK universities had an awarding gap above 10pp, and 29% of institutions had an awarding gap of between 10pp and 15pp (Universities UK (2019), page 13). However it is important to note that this is not due to a “lack of skills” or “academic acumen” in students – explained through the value-added (VA) score below.

What has been the sector’s response?

Although a number of institutions have made addressing the awarding gap a priority over the past few years, overall, the sector has been rather slow to respond with only around 16 universities setting a specific target to remove the degree awarding gap. However, this position is set to change as key sector agencies have brought the awarding gap into focus and are holding universities to account on their progress to address it. These include Universities UK, Advance HE and the Office for Students (OfS) which has set a sector-wide key performance measure of its own that focuses specifically on the awarding gap between White and Black students over the coming years. The key performance measure is to: “eliminate the unexplained gap in degree outcomes (firsts or 2:1s) between White students and Black students by 2024–25, and to eliminate the absolute gap (the gap caused by both structural and unexplained factors) by 2030–31.” (OfS, 2018b, page 4)

What is the situation at London Met?

In 2018/19 the degree awarding gap at London Met stood at 20.6pp, with 56.3% of our UK domiciled Black, Asian and Minority Ethnic students receiving a first/2:1 degree classification compared to 76.9% of the White cohort.

We believe this gap is unacceptable, and as such are taking radical steps to eliminate the awarding gap, to change the culture of the University and to improve the learning experience of our diverse student body. 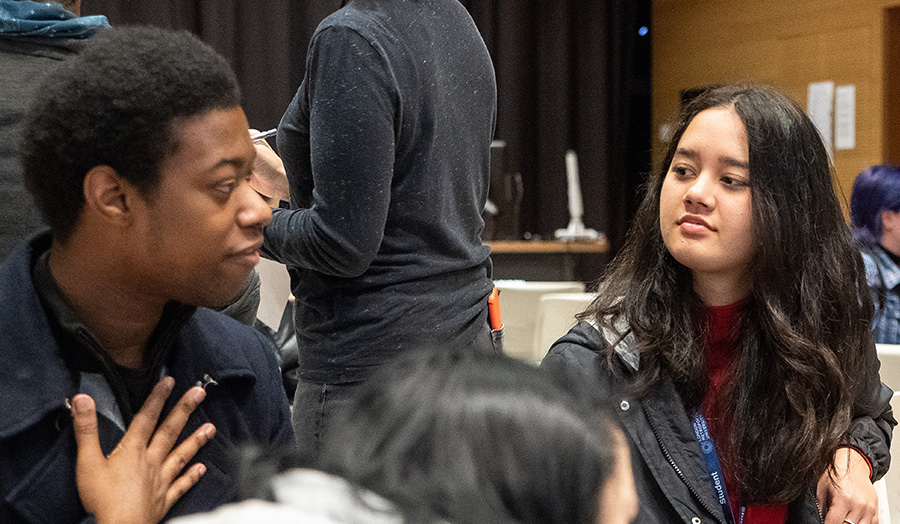 Our work to tackle the degree awarding gap 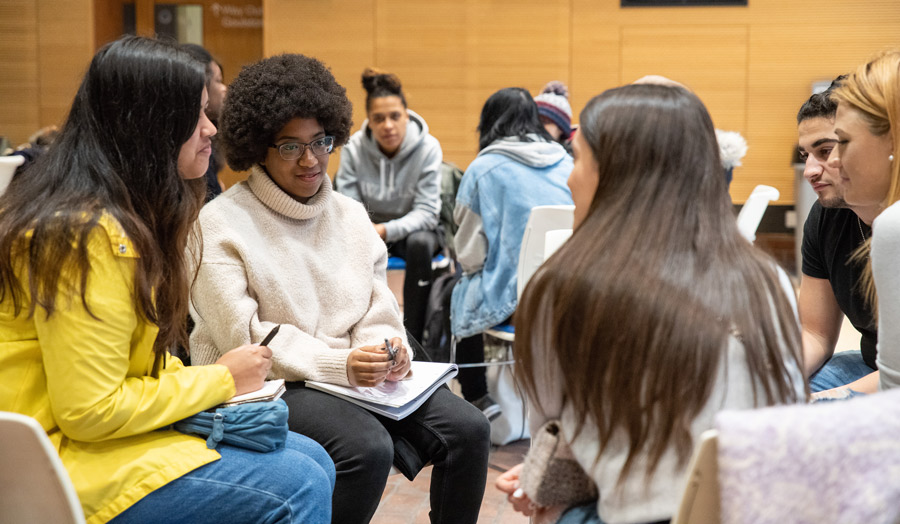 About the Education for Social Justice Framework 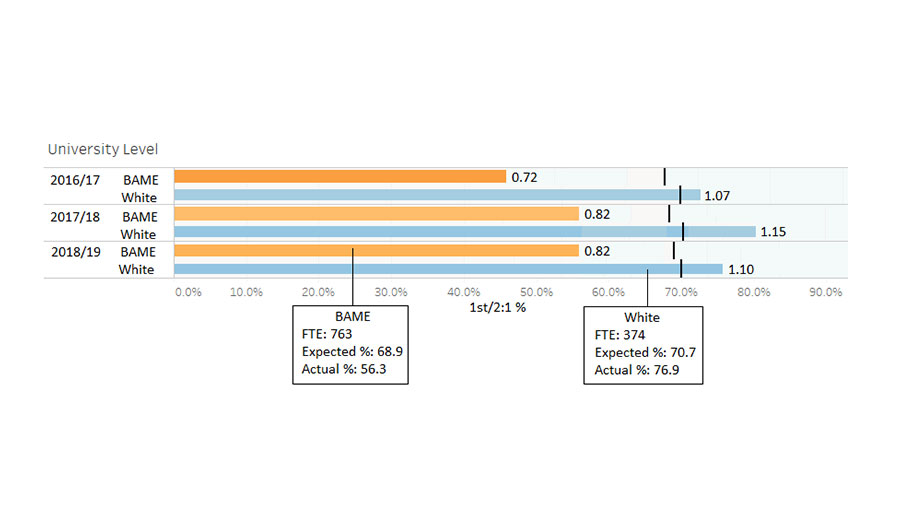 About the value-added score